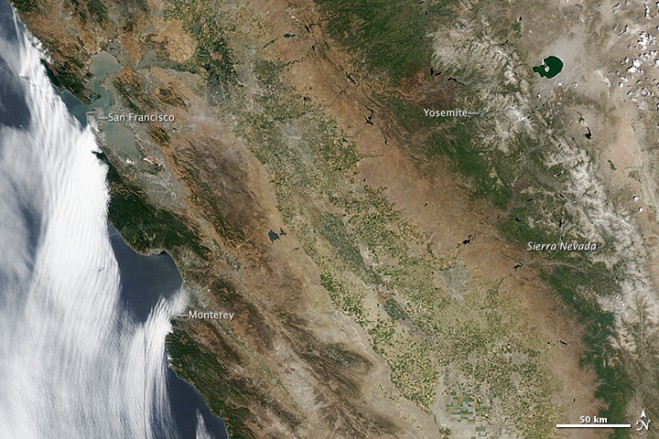 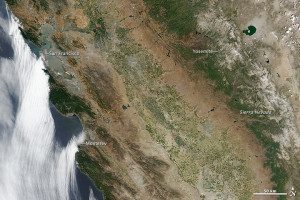 In this June 2014 satellite image of the Pacific coast, some mountain forests are holding on, but much of the area around the Coast Range has browned considerably. In the Sierra Nevada, the snow cover has decreased significantly, and what remains has a tan or gray tint from dust and soil. Just north of Yosemite National Park, the land isn’t only brown from drought, it is also scarred from 2013 wildfires.

Now in its third year, the drought in California grows worse each month. A pair of before-and-after change-detection images, captured by the Moderate Resolution Imaging Spectroradiometer on NASA’s Aqua satellite, reveals a striking view of the situation. 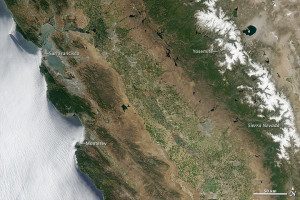 Green farmlands are visible in California’s Central Valley in this 2011 satellite image before the current drought.

Last year was California’s driest calendar year in 119 years of records, and 2014 hasn’t brought much relief, even as scientists and residents wait hopefully for El Niño moisture. From stream gauges and reservoir levels to ground-based photos and satellite images, the landscape seems to grow browner and drier with each month.

Read the full story and use NASA’s Change Comparison Tool.