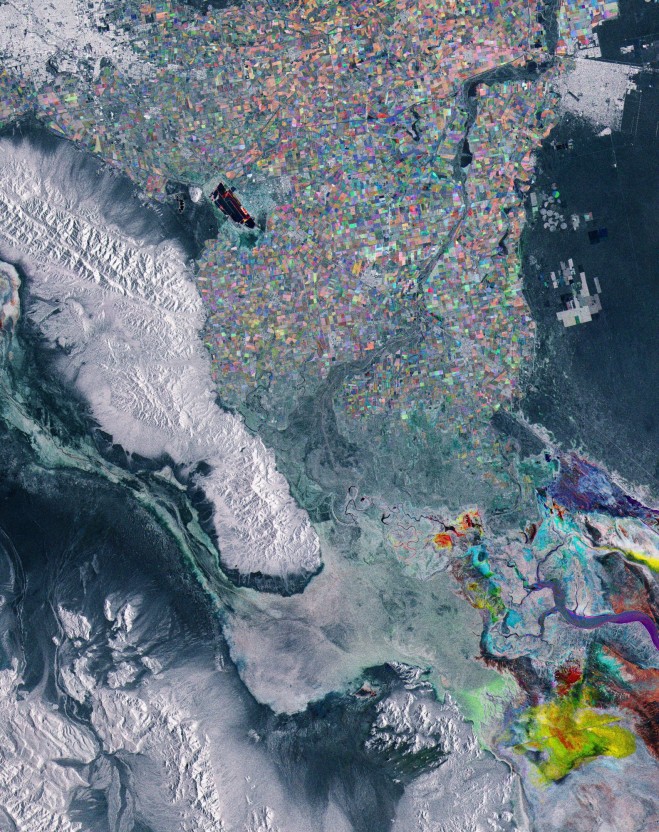 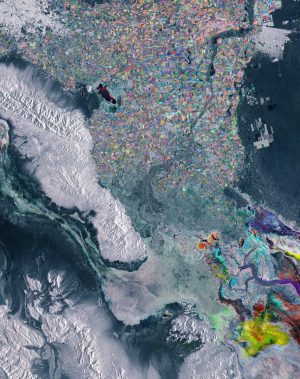 This Copernicus Sentinel-1 image takes us just south of the U.S. border, to the region of Baja California in northwest Mexico. Its capital city, Mexicali, is visible top left of the image.

This false-color image contains three separate images overlaid on top of each other. Captured on April 30, May 12 and June 17, 2019, the different colors represent changes that occurred on the ground.

The Colorado River, which forms the border between Baja California and Sonora, can be seen cutting through the rich and colourful patchwork of agricultural land at the top right of the image, before it fans out and splits into multiple streams. Flowing for more than 2,300 kilometers, the Colorado River rises in the central Rocky Mountains in Colorado, flows through the Grand Canyon before crossing the Mexican border and emptying into the Gulf of California, also known as the Sea of Cortez.

The Colorado River delta once covered a large area of land and, owing to its nutrients carried downstream, supported a large population of plant and bird life. However today, water that flows is trapped by dams and used for residential use, electricity generation as well as crop irrigation for the nearby Imperial Valley and Mexicali Valley. The reduction in flow by dams and diversions traps the majority of the river’s sediments before they reach the Gulf of California, impacting water quality.