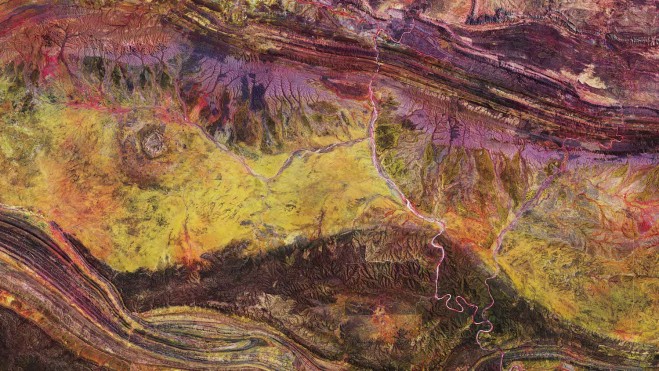 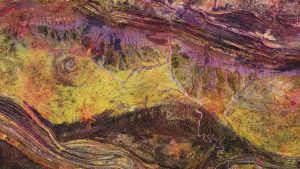 The Copernicus Sentinel-2A satellite takes us over the Gosses Bluff crater in the Northern Territory of Australia. The crater is visible in the left center of the image and is about 22 kilometers in diameter. It was most likely formed 140 million years ago by the impact of a large comet or meteorite slamming into the surface of Earth.

This false-color image shows an extremely dry area with some vegetation visible in reddish colors along the rivers and lakes. The intense colors of the image represent the mineral composition of the land surface, which is clearly visible owing to the lack of vegetation. Azurite is one of the minerals mined here.

The crater is approximately 200 kilometers west of Alice Springs, famous for being the gateway to the Red Centre, Australia’s interior desert region.