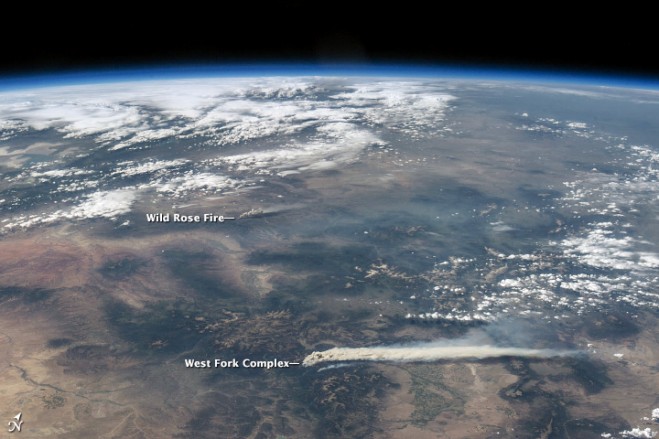 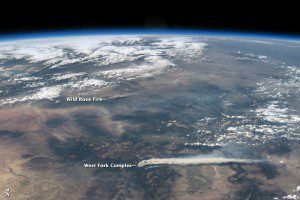 Thick smoke from two Colorado wildfires billows across the landscape in these digital images taken by astronauts aboard the International Space Station (ISS) on June 19, 2013.

The images show a plume wafting from the West Fork Complex fire, which was burning explosively in southwestern Colorado near Pagosa Springs. To the northwest, a smaller plume from the Wild Rose fire is also visible in the top image. 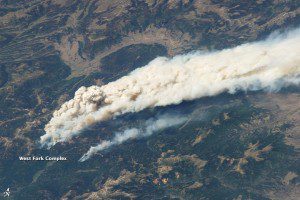 The West Fork Complex actually is a combination of three fires: the West Fork fire, the Windy Pass fire and the Papoose fire. Lightning ignited the first of the blazes on June 5, 2013, and together they had charred approximately 75,000 acres (30,000 hectares) by June 25.

While the Wild Rose blaze was fully contained by June 25, 2013, the West Fork Complex fire was still raging through the San Juan and Rio Grande National Forests.