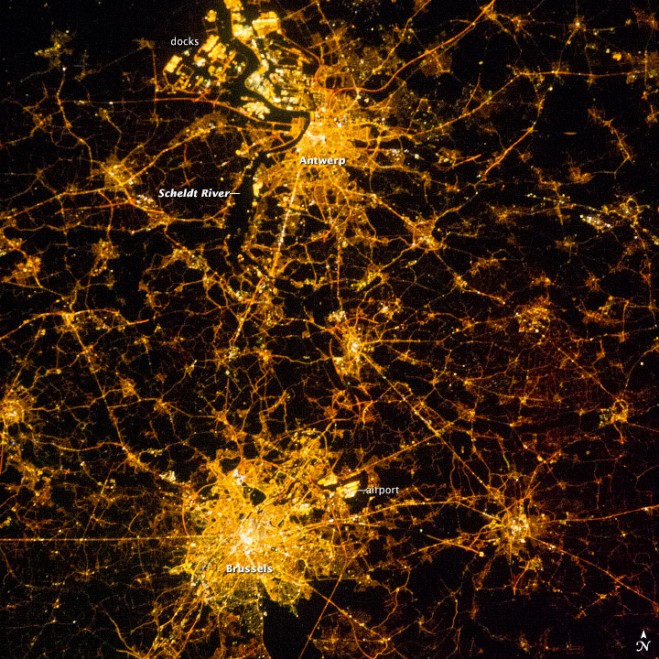 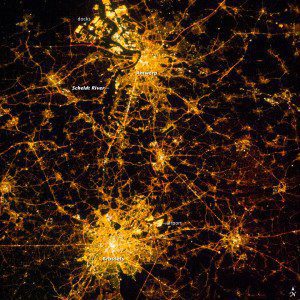 Brilliant points of light are the cities’ centers and the Brussels National Airport. Developed roadways appear as straighter, brighter lines radiating from the two cities.

An astronaut on the International Space Station recently took this night photograph of two of Belgium’s major metropolitan areas.

Antwerp is a major European port located on the Scheldt River, which appears as a black line angling through the lights. The city has access to the Atlantic Ocean, and its extensive dock facilities are even more brightly lit than the city center. Brussels is the capital and largest city in Belgium as well as the de facto headquarters of the European Union.