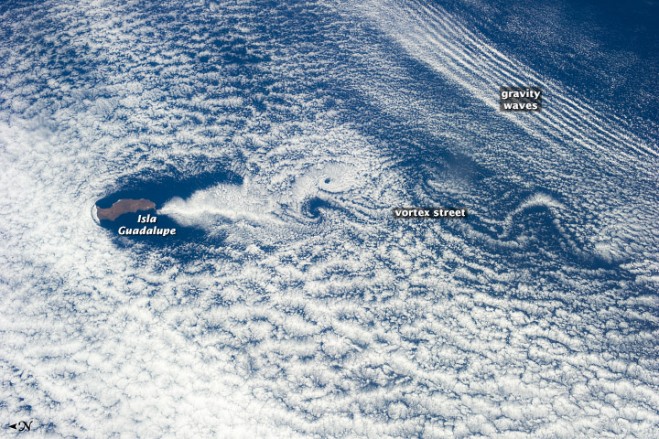 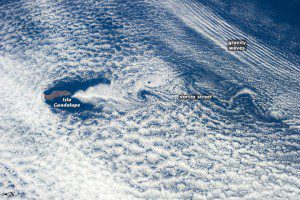 Guadalupe Island is a volcanic edifice 240 kilometers (150 miles) off the coast of Mexico’s Baja California peninsula. On Aug. 4, 2013, this astronaut photograph shows the effect of winds blowing from the north (left) across the island, giving rise to a series of atmospheric eddies that appear as circles and swirls in the clouds downwind.

Obstacles of any kind can set up such vortices—known technically as a Von Karman vortex street—from islands to craters to chimneys. The size of each swirl can be judged from the length of the island. Under ideal conditions, clouds make the swirls visible. A vortex street, however, will only form under certain conditions of air speed, atmospheric stability and obstacle size.

Conditions are ideal for producing vortex streets in the vicinity of Guadalupe Island, which is known to produce them almost every day in June, July and August. The phenomenon is named after Theodore von Karman, a Hungarian-American engineer and fluid mechanics expert.