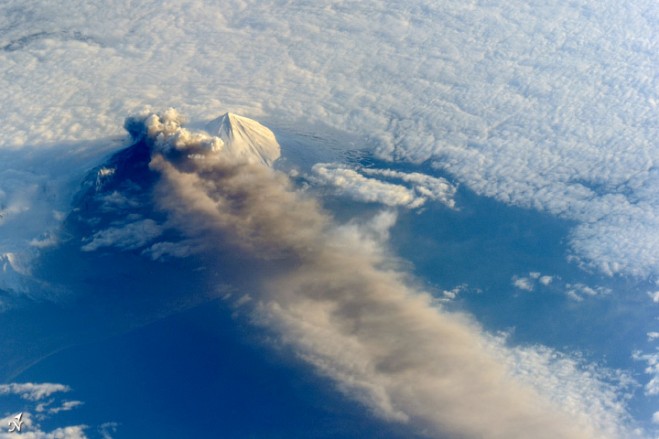 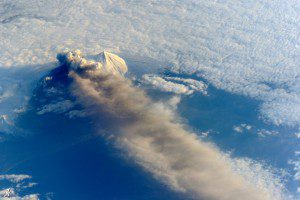 Astronauts aboard the International Space Station (ISS) photographed striking views of Pavlof Volcano on May 18, 2013. The oblique perspective from the ISS reveals the ash plume’s 3-D structure, which often is obscured by the traditional nadir views of most remote sensing satellites.

Situated in the Aleutian Arc about 625 miles (1,000 kilometers) southwest of Anchorage, Pavlof began erupting on May 13, 2013. The volcano jetted lava into the air and spewed an ash cloud 20,000 feet (6,000 meters) high. The volcanic plume extended southeastward over the North Pacific Ocean.