December 31, 2013
Another New Island Forms in the Ring of Fire 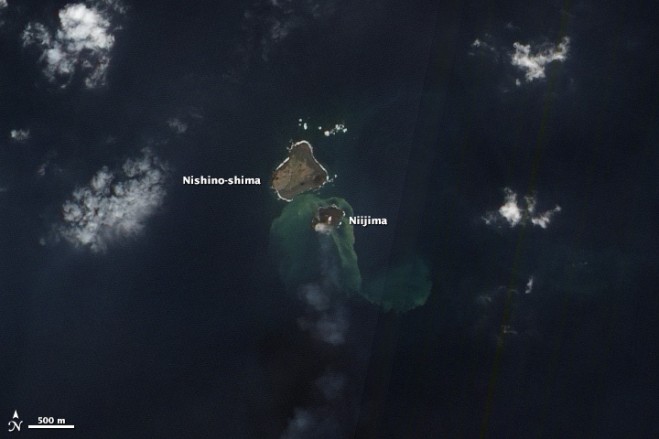 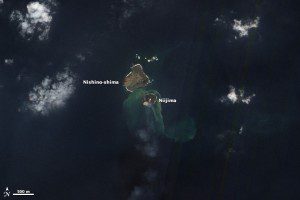 NASA’s EO-1 satellite captured this natural-color image on Dec. 8, 2013. The water around the island is discolored by volcanic minerals and gases and by seafloor sediment stirred up by the ongoing volcanic eruption. The faint white puffs above the center and southwest portion of the island are likely steam and other volcanic gases associated with the eruption.

Volcanic activity along the western edge of the Pacific “Ring of Fire” gave rise to a tiny island in late November 2013. Located in the Ogasawara Islands, part of the Volcano Islands arc, the new islet sits about 1,000 kilometers (600 miles) south of Tokyo in waters considered part of Japanese territory.

The new island (or “Niijima” in Japanese) rose up out of the sea during a volcanic eruption first reported on Nov. 20, 2013. The new island sits about 500 meters from Nishino-shima, a volcanic island that last erupted and expanded in 1974. The two islands are located about 130 kilometers (80 miles) from the nearest inhabited island.