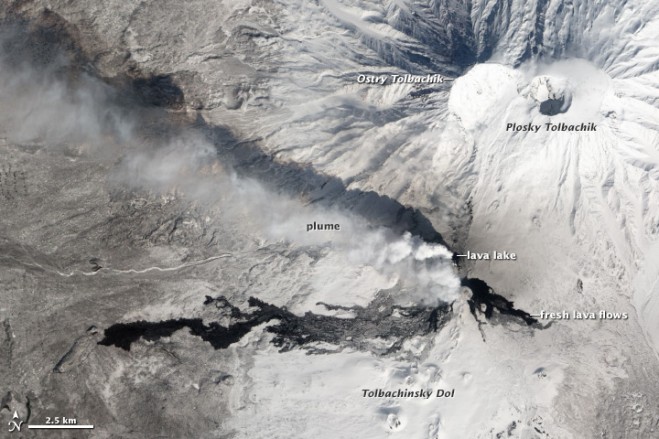 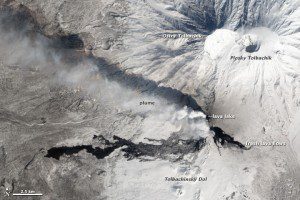 Tolbchik Volcano isn’t a single peak, but a complex of volcanic features superimposed on one another. The varied shapes result from differences in lava chemistry, gas content and temperature.

Over time the composition of magma feeding a volcano may change, generating volcanoes with complex shapes. Tolbchik’s most recent eruption, which started in late 2012, is on Tolbachinsky Dol, a lava plateau marked by small volcanic cones that formed during earlier eruptions.