September 11, 2012
A Blend of Asia and Europe: Istanbul Glows at Night 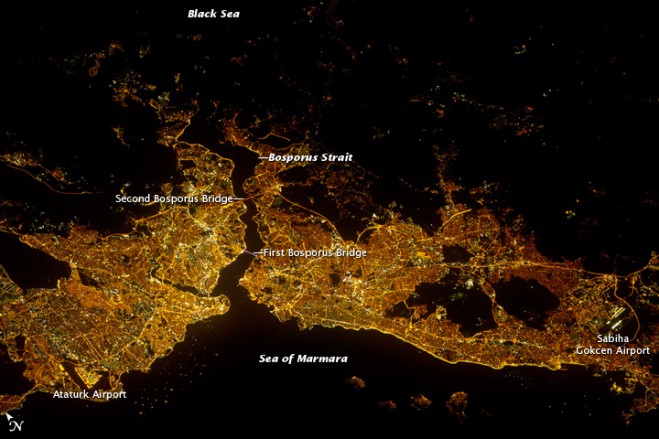 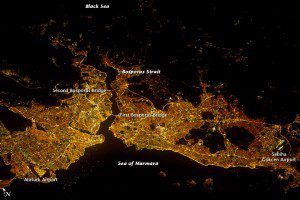 Most of Istanbul’s Asian suburbs (right) appear in this night view from the International Space Station, while only about half of the city’s European side is visible. The margins of the metropolitan area are clearly visible at night, more so than in daylight images.
Apart from the Sea of Marmara and Black Sea, the other dark areas are wooded hills that provide open spaces for the densely populated city—one of the largest in Europe at 13.5 million inhabitants. The old city of Istanbul occupies the prominent point at the southern entrance to the strait.