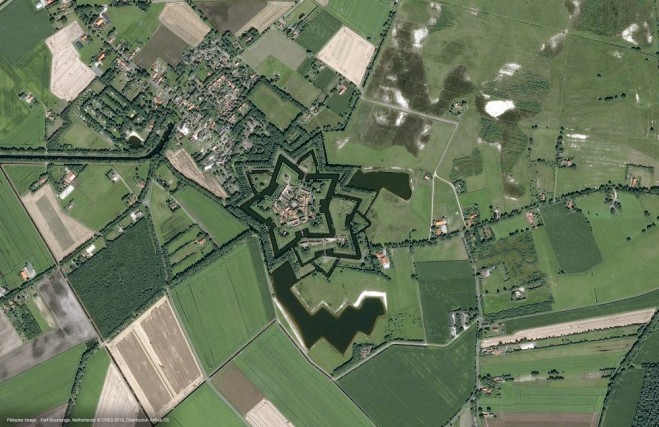 Fort Bourtange is a star-shaped moat fort built in 1593 to create a border around the only road between Germany and Groningen. (Credit: CNES 2015, Distribution Airbus DS)

Fort Bourtange continued to serve its purpose as a defensive mechanism on the German border after experiencing its final battle in 1672. Finally, it was surrendered in 1851 and converted into a village.

Fort Bourtange is currently a historical museum. The fort has remained in perfect condition and consists of historical churches, cobblestone streets, wooden windmills, marvelous bridges and old military barracks within the 11-acre pentagon. Due to its historical background and scenic views, it is very popular among tourists.