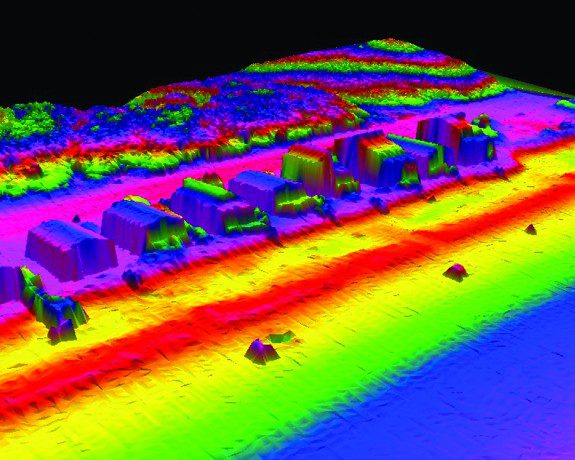 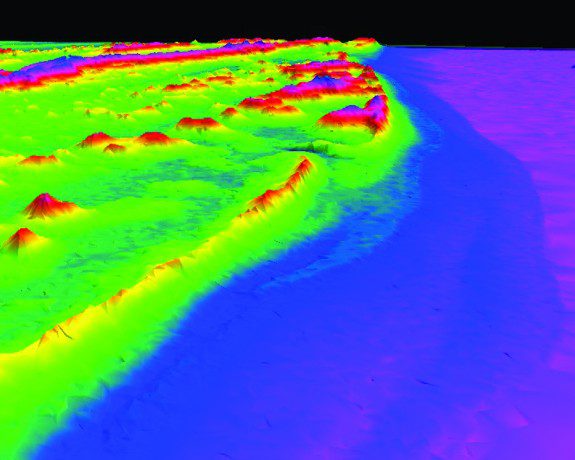 A combination of technologies was mounted on a single flight platform, which offers clients greater data accuracy and lowers costs because all data are acquired in one flight, thus all sensors acquire data under the same conditions rather than making multiple, single-sensor flights. Water levels are the same, as well as vegetation and other environmental conditions. In addition, one flight cuts down processing time because all acquired data are registered to a single Global Positioning System/Inertial Measurement Unit, and less data coordination is required.

We obtained LiDAR, hyperspectral imagery and three-band digital imagery for 620 linear miles of coastline from Melbourne, Fla., to Cape Lookout, N.C., explained Merrick Project Manager Brian Holzworth, GISP. We captured data along a 500-meter-wide strip of beach and near shore, with the collection times required to be within two hours on either side of low tide. This was a tight collection parameter for the acquisition when you also factor in weather conditions.Â  A single flight was considerably more advantageous. Holzworth added that other applications for multisensor data acquisition include mapping oil spills and monitoring changes in coastlines and vegetation from erosion/weather and other events.

Upon completing the acquisition, data were calibrated and classified to meet the various stakeholders' needs. For example, the NCMP takes Merrick's findings and translates them into informational products.

The LiDAR and imagery products are the foundational datasets needed for analysis on most coastal projects, said Chris Macon, NCMP's technical lead. The simultaneous collection approach enables us to fuse the physical information from the LiDAR with the environmental characterization from the hyperspectral imagery. This fusion approach has allowed us to develop and produce new automated products that were previously difficult due to the different geometric and temporal aspects of the data.

The NCMP data are publically distributed through the National Oceanic and Atmospheric Administration'sÂ Digital Coast at www.csc.noaa.gov/digitalcoast. This allows the data to be disseminated for consumption by the various stakeholders, which range from federal agencies to industry and academia. 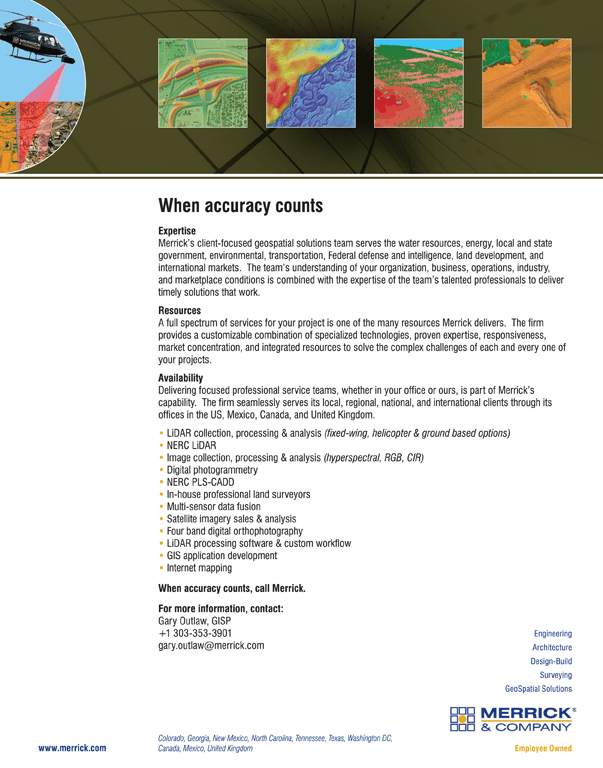