Security and disaster mapping specialists have an insatiable  appetite for imagery; fortunately, there’s an ever-expanding menu of sensors to meet the demand. From large-format digital aerial photos to sub-meter-resolution satellite imagery, imagery products of all kinds are at planners’ fingertips.But when it comes to planning for and monitoring changes in dynamic environments, these professionals often depend on high-accuracy, high-resolution aerial imagery.  And they need it yesterday.

Temporally relevant data are critical to decision-making at all stages of the security and disaster response cycle: preparedness, immediate response and recovery. That’s why Trimble designed the Digital Sensor System™ (DSS) with RapidOrtho™, a turn-key imaging system built for delivering high-accuracy orthoimage maps within hours—even minutes—of a mission. With positional accuracy measured in centimeters, DSS imagery supports mapping, change detection and critical decision-making in the field. 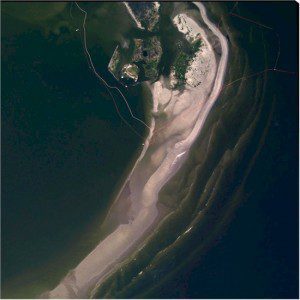 Emergency Response Mapping
A principal use of this rapid mapping-grade imagery is in comparing areas of interest and detecting changes between baseline and post-event data. By ensuring these orthomaps are co-registered and of similar resolution and radiometry, performing change detection becomes a snap. The trick is gathering the data quickly enough for practical use in a time-sensitive scenario.

Traditionally, creating accurate aerial images required a network of ground survey points and the laborious aero-triangulation process. Often taking days or weeks to accomplish, the resulting ortho maps then could be overlaid with existing maps of roads and infrastructure for an effective response. But in most disaster scenarios, tight timelines and hazardous conditions don’t allow for the collection of ground survey points. This is where the DSS comes in: Direct georeferencing mapping technology, using GNSS-aided inertial sensors, eliminates the need for ground control points in aerial image production and dramatically speeds up post processing and delivery of image map data to first responders.

Rapid Workflow
The DSS RapidOrtho system captures and generates high-resolution color and color-infrared digital orthophotos and orthomosaics, producing an accurate and radiometrically consistent product from 3-centimeters to 1-meter resolution. Orthophotos are created using raw imagery captured by the camera combined with the Trimble Applanix POS™ direct exterior orientation and a digital elevation model (DEM).  The DEM can be pre-existing or automatically extracted from the DSS stereo imagery. 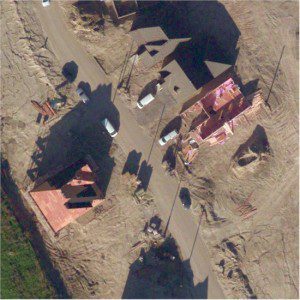 A crop of 8-centimeter-resolution imagery collected at 10,000-feet AGL was processed to 11-centimeter positional accuracy (verified by control points) in less than 10 seconds per image.

Using the RapidOrtho workflow, images now can be developed and orthorectified in seconds, which means a mapping mission of 2 hours flight time can be taken to full orthophoto map product in as little as 90 minutes after landing, supporting the urgent need for rapid imagery. With specialized hardware, this ortho production can even be accomplished in the aircraft, allowing operators to land with completed missions—quite a change from the traditional multiday aero-triangulation approach!  In addition, the high-precision RapidOrtho workflow enables DTM extraction from the mission’s stereo imagery, supporting rapid 3-D visualization and complete self-sufficiency in mission data collection.

Better still, there’s little need to compromise accuracy for delivery speed. The U.S. Geological Survey certifies DSS RapidOrtho’s ultra-fast results as mapping-grade. Lightweight and ruggedized for use even under adverse conditions, the DSS also can be integrated with different sensors, such as LiDAR, to fulfill special applications.