DigitalGlobe has formed an imagery andÂ  geospatial Analysis Center to support humanitarian relief and human security activities around the world. Using DigitalGlobe's FirstLook service as a platform, the DigitalGlobe analysis team identifies events of interest; tasks our constellation of imaging satellites for immediate collection over appropriate sites; and provides various levels of analysis by a cadre of imagery, geospatial and research analysts. The AnalysisÂ Center undertakes geospatial analytic projects for specific customers as well as provides support and expertise to monitor world events through subscription-based offerings that focus on world events such as natural and man-made disasters, political unrest and human-interest events. 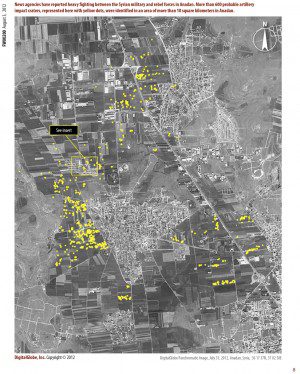 A timely illustration of this point can be found in the recent Syrian conflict, where DigitalGlobe satellite imagery has played a critical role in focusing global attention on the crisis and in supporting efforts to bring a halt to the atrocities being committed by the Syrian government against its people. DigitalGlobe's imagery collection and open-source analysis of the events in Anadan, Homs, Hama, Aleppo and Damascus have illustrated the impact of fighting against the Syrian people. There has been clear evidence of artillery fire, aerial bombing and severe damage to critical infrastructure (e.g., oil pipeline fires). Because the information is unclassified, it can be shared with coalition partners, policymakers and even the public. The DigitalGlobe Analysis Center also has contracted with government and commercial customers to provide these rapid, actionable analysis reports.

The information extracted from these reports provides users a quick understanding of changing situations, clarifying what's occurring during an event.

The following excerpt (provided to a nongovernmental organization on events in Aleppo) illustrates how a user can use DigitalGlobe Analysis Center reporting to quickly understand a situation within a highly dangerous environment:

¢ We conducted imagery analysis of 11 hospitals, 73 places of worship (mosques and churches), and 29 schools and universities throughoutAleppo. In one instance, imagery reveals that possible opposition groups have established a series of roadblocks and a cordon around one school in the northeastern section of the city.

¢ Based on a review of available satellite imagery, numerous craters (probably caused by mortars and artillery fire) are visible in fields surrounding Anadan. Specifically, more than 600 probable craters have been identified in an area covering more than 10 square kilometers in northwest Anadan. Several residential buildings were damaged in the area, likely a result of the artillery shelling. No further damage to buildings or protected sites in Anadan was observed, though small-caliber weapons (machine guns, for example) would not be readily identified on the satellite imagery.

DigitalGlobe's analysis capabilities leverage the world's most robust sub-meter satellite constellation to provide a virtual presence by rapidly delivering shareable, high-resolution imagery and analysis of places and events that are shaping our world. 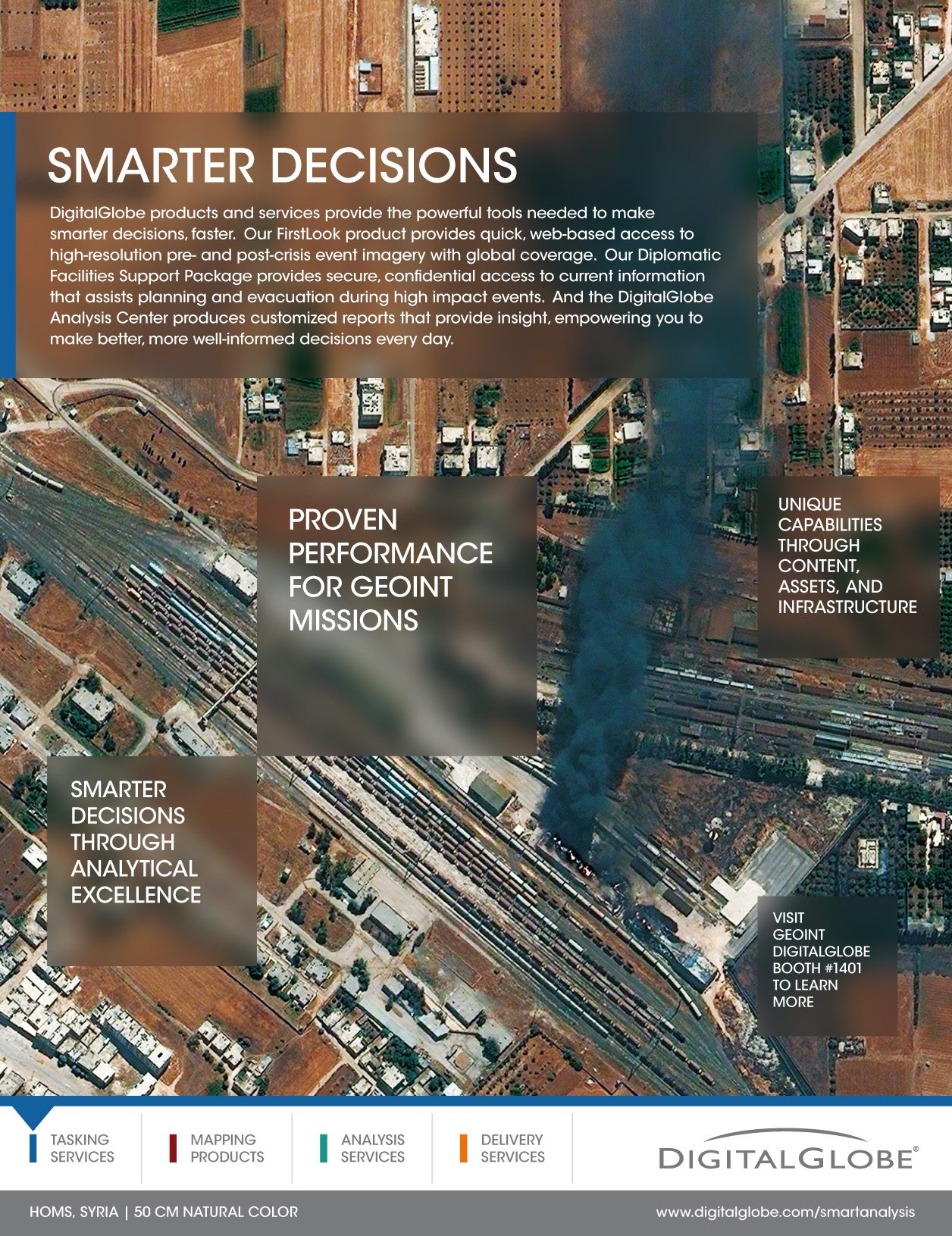