DigitalGlobe launched the DigitalGlobe Foundation, a nonprofit organization focused on fostering the growth of the next generation of geospatial technology professionals.

The foundation was established on the belief that we have a unique opportunity to help educate students about the important uses of commercial satellite imagery and geospatial analytics, said Mark Brender, the foundation's executive director. From space-based Earth observations comes knowledge and awareness, and from knowledge and awareness comes action to help solve the challenging problems facing humankind.

As part of its long-term initiatives, the DigitalGlobe Foundation expanded its partnership with U.S. Geospatial Intelligence Foundation, which sponsors and promotes geospatial educational programs and has accredited geospatial programs at eight universities. The DigitalGlobe Foundation will make grants to individuals at military and civilian academic institutions who need access to imagery, information, expertise and tools to advance their research and develop their skills.

According to Euroconsult's latest research report, Satellite-Based Earth Observation: Market Prospects to 2022, the number of EarthÂ observation (EO) satellites launched by civil government and commercial entities is expected to more than double during the next decade to 360, translating into $35.8 billion in manufacturing revenues between 2013 and 2022”an 88 percent increase over the previous decade. Organizations from 42 countries are expected to launch at least a first-generation EO satellite by 2022.

The report states the market for commercial EO data was valued at $1.5 billion in 2012 and is expected to reach $3.5 billion by 2022. Data demand is high to support wider economic growth, with applications spanning natural resources monitoring, infrastructure development and defense. 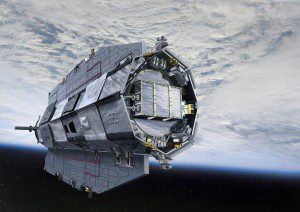 GOCE's orbit was so low it experienced drag from the edges of Earth's atmosphere. The satellite's streamlined structure and electric propulsion system counteracted atmospheric drag to ensure the data it collected were of true gravity.

On Nov. 11, 2013, the European Space Agency's GOCE satellite reentered Earth's atmosphere on a descending orbit pass across Siberia, the western Pacific Ocean, the eastern Indian Ocean and Antarctica. This followed the mission's natural end when it ran out of fuel on Oct. 21, 2013.

Launched in March 2009, GOCE has mapped variations in Earth's gravity with unrivalled precision. The result is the most accurate shape of the geoid”a hypothetical global ocean at rest”ever produced. GOCE data are being used to understand ocean circulation, sea level, ice dynamics and Earth's interior.

In addition, GOCE's innovative ion engine, responsible for keeping the satellite at an incredibly low orbit of under 260 kilometers, and its accelerometer measurements have provided new insight into air density and wind speeds in the upper atmosphere.

The U.S. Geospatial Intelligence Foundation (USGIF) announced it intends to roll all contracts over for an April 14-17, 2014, GEOINT Symposium in Tampa, Fla. The GEOINT 2013 Symposium, originally slated for Oct. 13-16, was postponed due to the federal government shutdown and the Pay Our Military Act.

According to USGIF, despite phenomenal support from the city of Â Tampa, its mayor, the Convention and Visitors Bureau, and others in Tampa, the absence of government speakers from the program and government customers from the exhibit hall forced the postponement of the 10thÂ Annual GEOINT Symposium. The theme for the rescheduled GEOINT 2013 Symposium remains: Operationalizing Intelligence for GlobalÂ Missions. For more information, visit www.usgif.org. 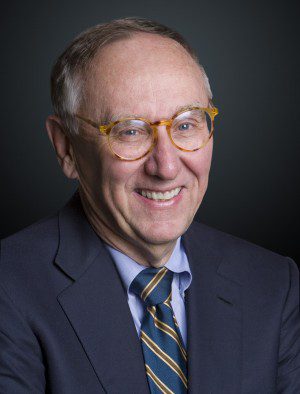 Esri President Jack Dangermond, who revolutionized the use of geospatial technology for conservation, received the 2013 Champions of the Earth Award, the United Nations' highest environmental accolade.

Dangermond, who founded Esri with his wife Laura in 1969, pioneered the use of geographic information system (GIS) technology to collect, visualize, model and manage geographic data in a way that's quickly understood and easily shared, thus enhancing conservation efforts and natural resources management. For the last three decades, Esri has provided scientists and environmental managers with tools to study and model how the environment is responding to natural and manmade factors.

Since its inception, Esri has donated hundreds of millions of dollars in technology and expertise to more than 5,000 institutions worldwide. Today, the company commands more than 30 percent of the global GIS software market share and boasts more than 1 million users across 350,000 organizations worldwide.

Since 2005, the Champions of the Earth award has recognized 59 individuals and organizations for their leadership, vision, inspiration and action on the environment. For more details, visit www.unep.org/champions. 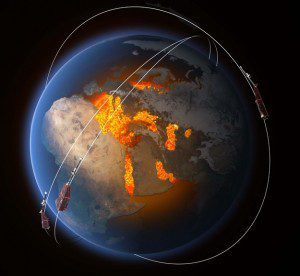 The three Swarm satellites will identify and measure Earth's magnetic field, which is generated largely by an ocean of superheated, swirling liquid iron that makes up Earth's outer core 3,000 kilometers below the ground.

On Nov. 22, 2013, the European Space Agency's three-satellite Swarm constellation was lofted into a near-polar orbit. The following day, all three platforms successfully achieved a critical milestone by deploying their four-meter-long booms, which trail the satellites and contain mission-critical instruments.

Equipped with magnetic sensors and flying in carefully selected orbits, the Swarm satellites will identify and measure the different magnetic signals that stem from Earth's core, mantle, crust, oceans, ionosphere and magnetosphere, which together form the magnetic field that protects the planet's biosphere from charged particles and cosmic radiation.

RapidEye officially changed its name to BlackBridge. The change is the result of a two-year process of uniting all BlackBridge-owned companies as one presence in the marketplace. 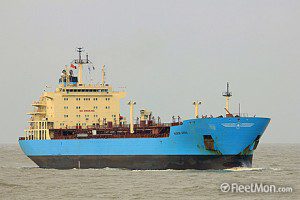 Satellite imagery revealed that the tanker Maersk Kiera was discharging palm oil too close to land.

In a landmark hearing in the United Kingdom, the owner of a tanker that polluted the sea off Land's End has been prosecuted using satellite images”the first time the U.K. Maritime and Coastguard Agency has used such images as evidence in a hearing anywhere in the country.

The case led to the tanker owner being ordered to pay fines and costs after pleading guilty. The ship was identified as the Singapore-registered tanker Maersk Kiera, and the slick was within 12 miles of land. 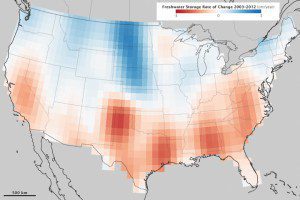 This map shows how water supplies have changed between 2003 and 2012. GRACE measures subtle shifts in gravity. Variations in land topography or ocean tides change the distribution of Earth's mass; the addition or subtraction of water also changes the gravity field.

During the last decade, groundwater supplies have decreased in California's Central Valley and in the Southern High Plains (Texas and Oklahoma)”places that rely on ground water to irrigate crops. Eastern Texas, Alabama and the Mid-Atlantic states also saw a decrease in ground water supplies because of long-term drought. On the other hand, the flood-prone Upper Missouri basin stored more water over the decade.

The problem is only going to get worse over time, according to the most recent climate report published by the Intergovernmental Panel on Climate Change. The contrast in precipitation between wet and dry regions and between wet and dry seasons will increase, warn scientists in the report.