Facing federal budget cuts likely to impact government deals that provide most of their annual revenues, DigitalGlobe and GeoEye each have rejected unsolicited offers to buy one another.

On May 6, DigitalGlobe, which says it offered to purchase GeoEye on March 2 in an all-stock transaction, rejected GeoEye's offer. In a letter to GeoEyeCEOMatt O'Connell, DigitalGlobeCEOJeffrey Tarr said the following:

DigitalGlobe has consistently demonstrated superior operating performance compared to GeoEye, including the stronger relative performance on the EnhancedView program. DigitalGlobe is the only provider in the industry with a constellation of three healthy on-orbit high-resolution satellites, which allows us to deliver vastly more imagery to NGA than GeoEye, both in total and per-taxpayer dollar, generating significant value for the government and taxpayers. We are enthusiastic about our prospects and the opportunities before us, and our ability to successfully execute on our strategic plan to create value for our customers and shareowners.

In a May 7 news release, O'Connell expressed disappointment with DigitalGlobe's rejection.

We are disappointed that DigitalGlobe's board of directors has rejected our highly attractive proposed acquisition, stated O'Connell. We believe, and DigitalGlobe appears to agree, that combining these two companies makes clear strategic sense. A combined company would generate substantial synergies while better satisfying the needs of all customers, domestic and international. The combined company would be able to deliver significantly greater certainty in the continuity and quality of its future satellite constellation. We view this proposal as being proactive to continue to deliver the high level of service to our government and commercial clients in the most cost-effective manner.

It's Official: Envisat Mission Over 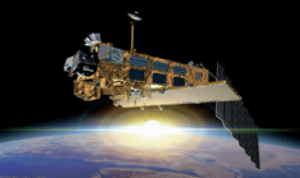 Envisat operated for double its planned lifetime,making it well overdue for retirement.

After a month of attempting to regain control of Envisat, the European Space Agency has declared an end to the satellite's mission, culminating 10 years of spectacular scientific discovery.

Although chances of recovering Envisat are extremely low, the investigation team will continue attempts to re-establish contact while considering failure scenarios for the next two months. The outstanding performance of Envisat during the last decade led many to believe that it would be active for years to come, at least until the launch of the follow-on Sentinel missions.

With 10 sophisticated sensors, Envisat has observed and monitored Earth's land, atmosphere, oceans and ice caps during its 10-year lifetime, delivering more than 1,000 terabytes of data on which an estimated 2,500 scientific publications have been based. 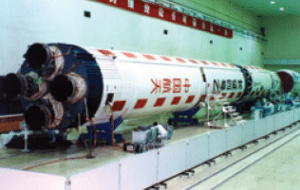 China's newest Earth observation satellite was launched on a Long March 4B (Chang Zheng-4B) launch vehicle on May 10, 2012, from the Taiyuan Satellite Launch Center.

OnMay 10, 2012, China launched a new optical Earth observation satellite it says will be used for science applications, but western analysts say it's designed for military purposes.

The official Chinese media refer to the new satellite as a new remote sensing bird that will be used for scientific experiments, land survey, crop yield assessment and disaster monitoring. As was the case in the previous launches of the Yaogan Weixing series, western analysts believe this class of satellites is being used for military purposes.

We are currently struggling with fragmented satellite data, so the timely information that Sentinel-2 will provide is important, says Chris Steenmans, program head at the European Environment Agency's Shared Environmental Information System. The mission will also complement other Earth observation investments on a global level.

Sentinel-2, planned for launch next year, is one of five Sentinel missionsESAis developing for Europe's Global Monitoring for Environment and Security (GMES) program. Through GMES, decision makers will have access to reliable, timely and accurate information services to manage the environment, understand and mitigate the effects of climate change and ensure civil security.

The Federal Aviation Administration (FAA) released public records that show for the first time who currently is authorized to fly unmanned aircraft in theUnited States. According to the Electronic Frontier Foundation (EFF), the FAA records were released in response to EFF's lawsuit asking for disclosure on the agency's drone authorization program.

According to EFF, some of the entities on theCOAlist weren't surprising. For example, journalists have reported that Customs and Border Protection uses Predator drones to patrol the borders. It's also well known that the Defense Advanced Research Projects Agency and other branches of the military are authorized to fly drones in the United States. However, this is the first time EFF has seen the broad and varied list of other authorized organizations, including universities, police departments, and small towns and counties across the United States.

The projected loss of observing capability will have profound consequences on science and society, from weather forecasting to responding to natural hazards, said Dennis Hartmann, professor of atmospheric sciences at the University of Washington, Seattle, and chair of the committee that wrote the report.Â Our ability to measure and understand changes in Earth's climate and life support systems will also degrade.

The report comes five years after the Research Council published Earth Science and Applications from Space: National Imperatives for the Next Decade and Beyond, a decadal survey that generated consensus recommendations from the Earth and environmental science and applications community for a renewed program of Earth observations. The new report finds that although NASA responded favorably and aggressively to the decadal survey, the required budget wasn't achieved, greatly slowing progress.

Optech recently announced that Teledyne DALSA, a subsidiary of Teledyne Technologies, acquired a majority interest in Optech's parent company, from 19 percent to 51 percent.

In addition to offering 0.31-meter resolution panchromatic and eight-band multispectral imagery, WorldView-3 was licensed by the National Oceanic and Atmospheric Administration to collect eight-band short-wave infrared (SWIR) imagery. DigitalGlobe will be the only company with multibandSWIRcapabilities.

WorldView-3 is being constructed by Ball Aerospace, which has designed and built all of DigitalGlobe's operational satellites. The imaging instruments, including the SWIR sensor and optics, were
engineered and are being built byITT Exelis.

Mounted on a Raven Aerostar aerostat and working in tandem with an L-3 Wescam MX camera, Kestrel was able to scan a city-sized area and help CBP agents identify dozens of illicit activities in progress. Thanks to the Logos-led team, authorities apprehended 30 suspects on the first night of the demonstration alone and made a total of 80 arrests during the course of the week.

The coverage was amazing, said a senior CBP official. We were able to see activities happening in different parts of the city all at the same time. We could keep an eye on one area while dispatching agents to other areas.

India's PSLV rocket will launch the Spot 6 commercial Earth observation satellite later this year under a contract announced April 3 by the Indian Space Research Organisation (ISRO). The 800-kilogram satellite, intended to operate from a near-polar low Earth orbit at 694 kilometers in altitude, will be accompanied on the launch by several other payloads that ISRO didn't identify.

Astrium Services is building and launching the identical Spot 6 and 7 satellites using its own funds, with no assistance”nor any guarantee of future image purchases”by the French government. Astrium officials have said they expect to spend about 300 million euros ($400 million) to build and launch the two spacecraft. Spot 7 is scheduled for launch in 2014, with a launch vehicle yet to be announced.