Modeled on the annual Galileo Masters event, which encourages satellite navigation business ideas, GMES Masters will encourage European researchers and entrepreneurs to develop market-focused applications from data gathered through the European Union-led GMES initiative. By combining all available terrestrial- and space-based information systems, GMES is giving Europe an independent environmental monitoring capability to improve the security and quality of life of European citizens. ESA is coordinating the GMES Space Component, including development of the Sentinel satellites to supply data for GMES services. For more information, visit http://gmes-masters.com/competition. 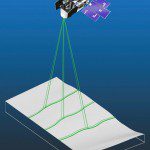 In contrast to the ICESat design, ICESat-2 will use a micro-pulse multibeam approach, which provides dense cross-track sampling to resolve surface slope on an orbit basis.

ICESat-2 is the second generation of the ICESat observatories. ICESat-2 will use precision laser-ranging techniques to measure the topography of the Greenland and Antarctic ice sheets, as well as the thickness characteristics of Arctic and Antarctic sea ice. For more information about the ICESat program, visit http://icesat.gsfc.masa.gov/icesat2. 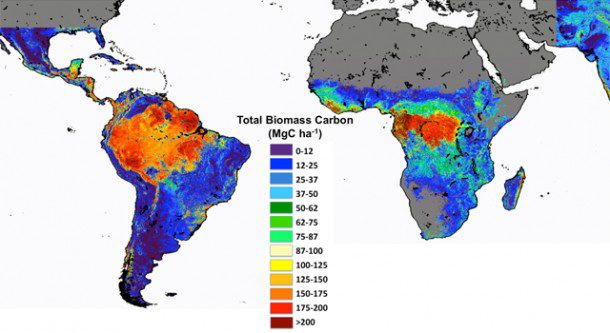 A NASA-led research team has created the most precise map ever produced depicting the amount and location of carbon stored in Earth’s tropical forests. The map is expected to provide a baseline for ongoing carbon monitoring and research and serve as a useful resource for managing the greenhouse gas carbon dioxide.

The new map, created from ground- and space-based data, shows for the first time the distribution of carbon stored in forests across more than 75 tropical countries. Most of that carbon is stored in the extensive forests of Latin America.

“This is a benchmark map that can be used as a basis for comparison in the future when the forest cover and its carbon stock change,” says Sassan Saatchi of NASA’s Jet Propulsion Laboratory in Pasadena, Calif., who led the research. “The map shows not only the amount of carbon stored in the forest, but also the accuracy of the estimate.”

To create the map, the team used data from the Geoscience Laser Altimeter System on NASA’s ICESat satellite. The researchers looked at information on the height of treetops from more than 3 million measurements. Aided by corresponding ground data, they calculated the amount of above-ground biomass and thus the amount of carbon it contained. Then the team extrapolated the data over the varying landscape to produce a seamless map, using NASA imagery from the Moderate Resolution Imaging Spectroradiometer instrument on NASA’s Terra spacecraft, the QuikScat scatterometer satellite and the Shuttle Radar Topography Mission.

The carbon numbers, along with information about the uncertainty of the measurements, are important for countries planning to participate in the Reducing Emissions from Deforestation and Degradation program, which is an international effort to create a financial value for the carbon stored in forests. It offers incentives for countries to preserve their forestland in the interest of reducing carbon emissions and investing in low-carbon paths of development.

The next step in Saatchi’s research is to compare the carbon map with satellite observations of deforestation to identify source locations of carbon dioxide released to the atmosphere.

According to a recent Euroconsult report, NASA Spending Outlook: Trends to 2016, a significant shift is under way in NASA spending toward Earth science and research and development programs and away from legacy spaceflight activities. NASA’s budget, which will remain flat at around $18.7 billion for the next five years, also will be characterized by significant shifts from space operations to technology development and science.

The shift in NASA’s priorities also will affect the agency’s contract spending. As large legacy programs end, new research and development programs will be initiated. This turnover of programs should provide many new contracting opportunities over the next five years, especially at research centers.

According to the report, following an 11 percent increase in 2011, the Science Mission Directorate budget will remain at the $5 billion level through 2016. This increase, however, is entirely within the Earth science theme, reflecting the Obama administration’s priority on climate change research. Goddard Space Flight Center and Langley Research Center, which manage and implement Earth science projects, will benefit from this increase, as will contractors who develop Earth observation spacecraft and instruments. For more information, see Reports at http://www.euroconsult-ec.com/. 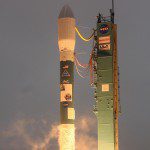 Aquarius will make NASA’s first space observations of the salinity, or concentration of salt, at the ocean surface—a key missing variable in satellite studies of Earth. Variations in salinity influence deep ocean circulation, trace the path of freshwater around our planet and help drive Earth’s climate. In addition, the observatory carries seven instruments that will monitor natural hazards and collect a broad range of environmental data. 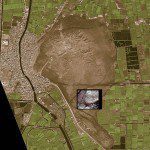 A NASA satellite image obtained on May 25, 2011, shows an infrared image (center) of a pattern of streets and houses in the buried ancient city of Tanis, Egypt. Such imagery allowed researchers to see ruins underground.

By studying infrared images taken by NASA satellites, Sarah Parcak and her team from the University of Alabama at Birmingham recently identified suspected pyramids in Tanis, Egypt. The ancient city, abandoned centuries ago, is famous as the fictional home of the Lost Ark from the Indiana Jones movies. Satellite images also showed other lost structures, like tombstones and houses, buried for thousands of years.

Parcak’s team found 17 structures that had a similar size, shape and orientation to other pyramids in the area. BBC cameras followed Parcak on her “nervous” journey when she traveled to Egypt to see if excavations could back up what her technology could see under the surface.
In the BBC documentary Egypt’s Lost Cities, Parcak and her colleagues visit an area of Saqqara (Sakkara), where the authorities weren’t initially interested in her findings. But after being told by Parcak that she had seen two potential pyramids, they made test excavations, and they now believe it’s one of the most important archaeological sites in Egypt.

RapidEye, Brandenburg/Havel, Germany, announced June 1, 2011, that it filed for insolvency under German insolvency laws, the equivalent of Chapter 11 protection.

According to the company’s CEO, Wolfgang Biedermann, RapidEye, whose constellation of five 150-kilogram optical Earth observation satellites was launched in August 2008, will continue operations and expects to emerge from a court-supervised restructuring with a more manageable debt. The action will not affect the delivery of products and services to existing and future customers nor will it affect marketing and sales activities.

As a result of considerable discussion at the recent American Society for Photogrammetry and Remote Sensing (ASPRS) 2011 Annual Conference in Milwaukee, the U.S. Geological Survey (USGS) reversed its original decision to discontinue film camera calibration.

On April 27, 2011, the USGS Land Remote Sensing Program (LRSP) and the Earth Resources Observation and Science (EROS) Center decided to close the USGS Optical Science Laboratory (OSL) due in part to insufficient funding for glass calibration plates when the current supply is depleted in late 2012. Additionally, there have been limited responses to a previous USGS-issued Request for Information (RFI), indicating the film camera mapping market was declining.