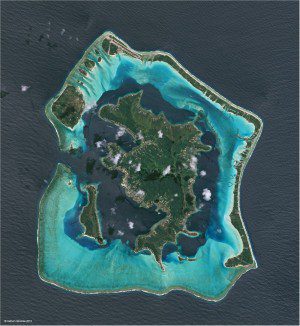 Among SPOT 6's first images is this shot of Bora Bora.

Astrium Services posted the first SPOT6 satellite images, just three days after its launch on Sept. 9, 2012. Like its twin SPOT7, which is slated for launch in early 2014, SPOTÂ 6 has a 60-kilometer swath width and produces imagery products with a resolution down to 1.5 meters. The satellites will ensure service continuity from the SPOT4 and SPOT5 satellites, which have been operating since 1998 and 2002, respectively.

The newer satellites and their ground segments are designed for improved performance compared with previousSPOTmissions, especially in terms of responsiveness, collection capacity and agility, as they can be aimed quickly at any point within 1,500 kilometers of their position.

SPOT6 and SPOT7 will be operated by Astrium Services with two high-resolution PlÃ©iades satellites, which will be in the same orbit. While SPOT 6 and SPOT 7 will provide a wide view over a large area, PlÃ©iades 1A (launched in December 2011) and PlÃ©iades 1B will offer products with 50-centimeter resolution.

Satellite imagery providers DigitalGlobe (NYSE: DGI) and GeoEye (NASDAQ: GEOY) approved a definitive merger agreement under which the companies will combine in a stock and cash transaction valued at approximately $900 million.

The combined company will be named DigitalGlobe and continue to trade on the New York Stock Exchange under the symbol DGI. Jeffrey R. Tarr, president and CEOof DigitalGlobe, will serve as president and CEOof the combined companies, and General Howell M. Estes III, chairman of the board of DigitalGlobe, will serve as chairman. It is anticipated that, after the deal closes, Matt O'Connell, GeoEye CEOand president, will assist the management of the new company in an advisory capacity. In his first interview since the deal was announced, O'Connell told the Washington Business Journal that defense budget cuts were a huge factor in the decision to sell.

DigitalGlobe has always been bigger and had a better contract with the U.S. government, O'Connell said. At the end of the day, it was a tough decision. But you do what's right for the shareholders. You have to.

The merger is expected to close in the fourth quarter of this year or the first quarter of 2013. The largest shareholders of both companies have agreed to vote in favor of the deal. The combined companies have five satellites in orbit and two more under construction. The new company will be headquartered in Longmont, Colo., with a large presence in Missouri and Virginia as well as offices in other locations around the globe.

Geosemble's flagship product, GeoXray, automates the process of discovering, geospatially visualizing, monitoring and sharing relevant unstructured information from any source. The software mines and processes content from news, blogs and social media and analyzes data by place, time and topic. The solution is used by a number of intelligence agencies.

Founded in December 2004, Geosemble is a spin-off from the University of Southern California (USC). Its founders”computer science faculty members”originally developed the company's core artificial intelligence and geospatial data analysis algorithms at USC. The technology has been strengthened and refined to apply to a range of government and commercial user needs focused on automatically discovering and integrating information into satellite and aerial imagery and maps.

The Geosemble business and technical team was brought into TerraGo as the Geosemble solutions group, and its office in Manhattan Beach, Calif., is being expanded to accommodate additional engineering staff as well as support resources to serve TerraGo's growing West Coast customer base. Both firms are In-Q-Tel portfolio companies.

The additional RADARSAT-2 imagery addresses the gap in data availability created by the recent loss of the European Space Agency's ENVISAT satellite and fulfills the agency's maritime monitoring needs until the full operational capacity of the Sentinel-1A satellite is available, which is expected around mid-2014.MDAhas been under contract to the agency since May 2009 to provide RADARSAT satellite imagery for its users.

The RADARSAT-2 imagery will be used to provide information for sea ice monitoring of the Baltic Sea, Arctic Ocean and Antarctic Ocean throughout the ice seasons, improving the safety of maritime navigation and supporting environmental monitoring as part of the GMES program. GMES was established to provide users inEuropewith access to accurate and timely information services to better manage the environment, understand and mitigate the effects of climate change and ensure civil security.

The American Society for Photogrammetry and Remote Sensing (ASPRS) recently updated its recertification requirements and revised its related certification guidelines. The changes were made as a result of the society's ongoing interaction with the Council of Engineering & Scientific Specialty Boards (CESB) as ASPRS moves toward CESB accreditation of the ASPRS Certification Program.

CESB recommended that ASPRS base its recertification requirements on standardized Professional Development Hours (PDHs) or Continuing Education Units (CEUs), rather than the internally designed point system ASPRS had been using. The updated guidelines are posted on the ASPRS website at www.asprs.org/Certification-Program/Certification-and-Recertification-Guidelines.html. Applicants seeking ASPRS recertification can begin using the new PDH-based system immediately and will be required to use it startingJan. 1, 2013.

40 years ago, the U.S. Navy carried out a daring mission to retrieve a top-secret film capsule sunk more than three miles to the ocean floor. At the time, the expedition was the deepest undersea salvage operation ever attempted. Documents released publicly by the Central Intelligence Agency onAug. 8, 2012, detail the capsule's incredible recovery, using what was at the time the Navy's most sophisticated deep-sea submersible. 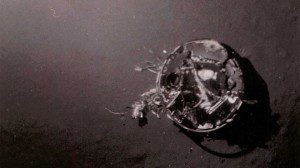 According to the declassified CIA document, "On 10 July 1971, the third HEXAGON RV was lost. The parachute failed to reef before fully deploying,

Hexagon satellites, which were declassified in 2011, were photoreconnaissance spacecraft that were part of an American Cold War-era spy program. Hexagons recorded images on film, sending them back to Earth in capsules that re-entered Earth's atmosphere and landed within a designated zone near the Hawaiian Islands in the Pacific Ocean.

During the first Hexagon mission in the summer of 1971, a parachute carrying one of these capsules failed, and its precious cargo crashed into the ocean, finally settling about 16,400 feet (almost 5,000 meters) below the surface. To recover the sunken capsule, the U.S. Navy crafted a bold rescue mission that would be carried out by its Trieste II Deep Sea Vehicle, or DSV-1. At the time, this mini-submarine was the Navy's best deep-sea submersible.

The newly declassifiedCIAdocuments include a report of the undersea mission that offers a glimpse of the exhilarating events and explains how and why theCIAdecided to retrieve the Hexagon Recovery Vehicle (RV) in the first place. The decision was made to attempt the deep sea recovery of the RV primarily for the intelligence value of the film record and secondly to establish a capability for deep oceanographic recovery, wrote intelligence officials. 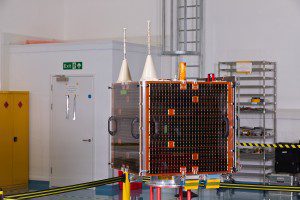 Surrey Satellite Technology Ltd. (SSTL) announced the successful launch of exactView-1 onJuly 26, 2012, from the Baikonur Cosmodrome in Kazakhstan. The 100-kilogram satellite is the highest-detection commercial Automatic Identification System (AIS) satellite ever built and the fifth deployed satellite in exact-Earth's advanced vessel monitoring satellite constellation, which provides near real-time AIS data on the locations, speeds and routes of vessels throughout the world's oceans.

Designed and assembled at SSTL in Guildford, United Kingdom, the spacecraft is based on the SSTL-100 platform and has been adapted for the exact-Earth mission with an additional deployable solar panel that provides extra power for the COM DEV AIS receiver payload. SSTL acted as launch agent in collaboration with Commercial Space technologies in Russia. For launch updates, visit www.sstl.co.uk/launches/exactview-1.

East View Cartographic (EVC) changed its name to East View Geospatial (EVG) and launched a new website at www.geospatial.com to representEVG. The name change, new URL and new website reflectEVC's evolution from its founding in 1996 to today. Throughout the 1990s,EVC supplied mostly print maps to academic, government and commercial interests. As the company grew, it added production services and began to procure and build digital geospatial datasets.

We reached a point where referring to ourselves as East View Cartographic no longer fully represented our products and services, saysEVCfounder andCEOKent D. Lee. We procure and add value to all forms of geospatial data. East View Geospatial represents us quite well.