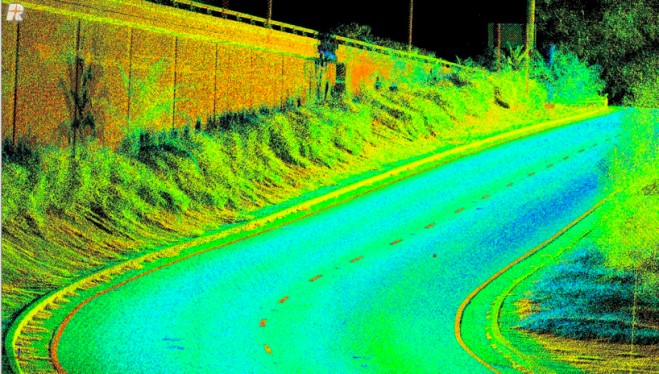 More than 40 years of uninterrupted Landsat imagery has played a critical role in monitoring ongoing stresses on Earth from population, industry, climate change, land use and other factors. But because of a 2003 technical failure with Landsat 7’s Enhanced Thematic Mapper Plus (ETM+) instrument, plus the recent decline of the Landsat 5 satellite, the ongoing collection of useful moderate-resolution, multispectral remote sensing data is in jeopardy.

In the resolution, ASPRS cites the policy change made in 2008 by the Department of the Interior (DOI)/U.S. Geological Survey (USGS) to distribute all current and historic Landsat imagery free to users anywhere in the world. This has resulted in explosive growth in imagery use, especially for monitoring global land surface changes.

In addition, the resolution flags the comprehensive strategy formulated by the Bush White House in 2007 to ensure long-term stability for moderate-resolution satellite land imaging. Although the Obama administration also has embraced the strategy, it has been met with opposition from Congress, which doesn’t want to fund a dedicated “land imaging” account.

• Commit to continue the collection of moderate-resolution land imagery and the free distribution of current and historic imagery.

• Pursue a strategy that includes collaboration with international partners, as well as with domestic and foreign commercial entities, to augment the core capability for meeting U.S. operational requirements and create opportunities for cost sharing and data interoperability.

• Ensure adequate funding is allocated to DOI, which will continue to partner with NASA to meet U.S. civil land imaging needs. 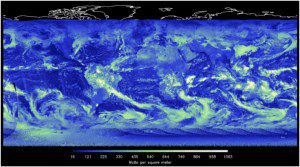 Thick cloud cover tends to reflect a lot of incoming solar energy back to space.

The newest version of the Clouds and Earth’s Radiant Energy System (CERES) instrument, flying onboard the Suomi NPP satellite, is capturing imagery.

Launched Oct. 28, 2011, CERES collects critical information about Earth’s “radiation budget,” which is the difference between the incoming energy from the sun and the outgoing energy back to space. This determines Earth’s temperature and climate.

National Oceanic and Atmospheric Administration scientists will use CERES data to improve their understanding of the role clouds and energy play in global climate change. CERES data also will improve the accuracy of radiation data derived from operational weather satellites. 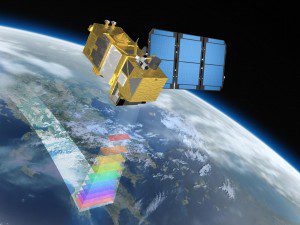 Sentinel-2 is one of five Sentinel missions ESA is developing for Europe’s GMES program.

Eurockot Launch Services will use two separate Rockot launch vehicles to insert the Sentinel-2A and Sentinel-3A satellites for the European Global Monitoring for Environment and Security (GMES) program. GMES is a satellite-based Earth observation program being jointly implemented by the European Commission and ESA. The first lift-off is planned for late 2013 from the Plesetsk Cosmodrome in northern Russia.

TerraEchos focuses on markets in which customers face a critical need for quick detection and response to threats. Examples include the U.S. defense and intelligence communities, energy smart grids, nuclear facilities, pipeline networks and other cyber-physical infrastructure. The company’s Kairos software system is designed to analyze big data—high volumes of structured and unstructured text, voice, video, sensor and other data—to detect threats and anomalies in real time as those data stream across networks.

GeoEye is working with its Russian partner, ScanEx Research and Development Center, to provide millions of square kilometers of high-resolution satellite imagery to the Russian Federal Service for State Registration, Cadastre and Cartography (Rosreestr).

Russia, the world’s largest country, covers more than one-ninth of the Earth’s land mass and spans nine time zones. To efficiently administer the property rights and data across this vast landscape and make this information accessible, Rosreestr is creating a countrywide base map of land properties in the Russian Federation.

The base map will have multiple data layers, including orthorectified high-resolution imagery, cadastral information and extensive topographic features. The Russian government will host the completed base map on its portal for viewing by federal and regional government agencies and the public via Web services.

The American Society for Photogrammetry and Remote Sensing (ASPRS) recently determined that at least 57 percent of its Sustaining Member organizations are hiring for jobs within the geospatial industry.

ASPRS recently conducted a survey of 129 ASPRS Sustaining Member career websites and determined that in November 2011, at least 73 of those companies/agencies had job postings on their websites ranging from entry-level jobs to high-level executive positions.

A list consisting of ASPRS Sustaining Member organizations that are hiring and hyperlinks to their respective career websites is accessible to ASPRS members at www.asprs.org/Geospatial-Job-Opportunities. 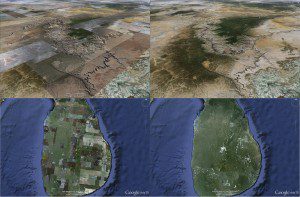 Before and after images of the Grand Canyon (top) and Sri Lanka (bottom) demonstrate how Google Earth 6.2 renders imagery without the “patchwork quilt” effect of previous releases.

Google recently released Google Earth 6.2, an update that eliminates the “patchwork quilt” effect from previous efforts. The update adds the ability to share a screenshot on Google+, as well as search layers, where users can perform local searches and get directions—much like they can on Google Maps. The alterations to the imagery have been made on both the mobile and desktop versions of
Google Earth.

The most significant change is how Google Earth pulls in images from various sources, at various resolutions, so major metropolitan areas and other points of interest are often recorded in higher resolutions than an isolated island in the Pacific Ocean. Search functionality now features autocomplete, as well as a search layer that will reveal all search results—not just the top 10 or so. The new release also adds biking, transit and walking directions. The new release can be downloaded at www.google.com/earth/download/ge/agree.html. 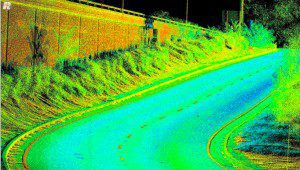 Researchers at the University of California-Davis recently released two in-depth studies about the cost effectiveness of mobile laser mapping and surveying. Performed for the Washington and California departments of transportation, the two reports examine mobile laser scanning for geospatial data gathering and the efficacy of using mobile laser scanning to produce terrain models of pavement surfaces.

According to UC-Davis researcher Kin Yen, the Washington report is getting more attention because it shows clear cost savings when using mobile laser scanning vs. traditional methods of gathering inventories of roadside features. Depending on the mobile laser scanning deployment option—buying vs. leasing, mapping grade vs. survey grade, etc.—the study showed cost savings between $1.3 million and $6.1 million over six years.