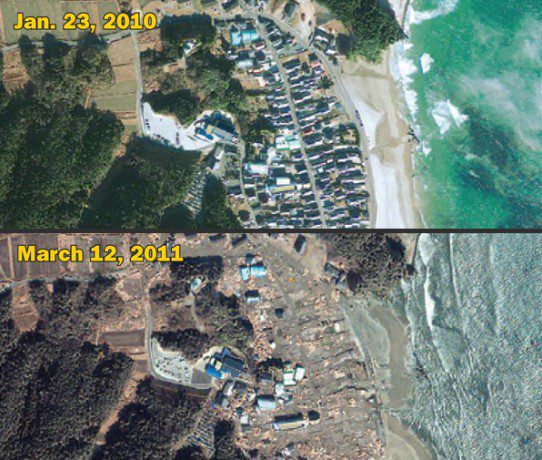 Whole neighborhoods were in ruin and cars and debris were piled high around Iwaki. 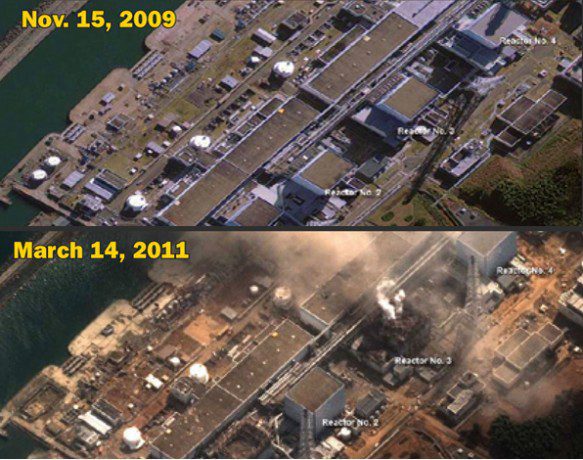 Explosions occurred at four of the Fukushima Daiichi Nuclear Plant’s six reactors, and all four released some radioactive material. 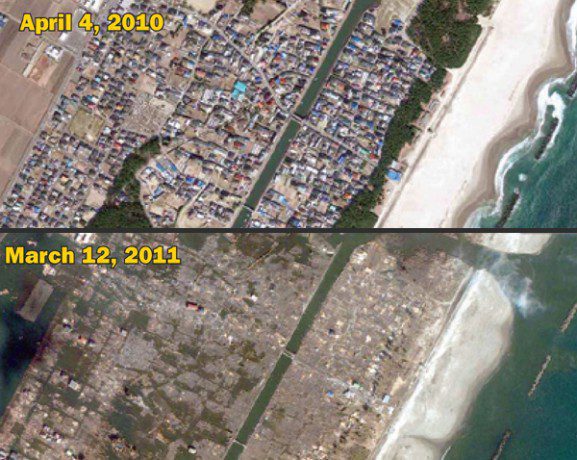 Sendai's city center, about 7 miles inland, remained largely intact after the quake, but there was massive damage along the coast. 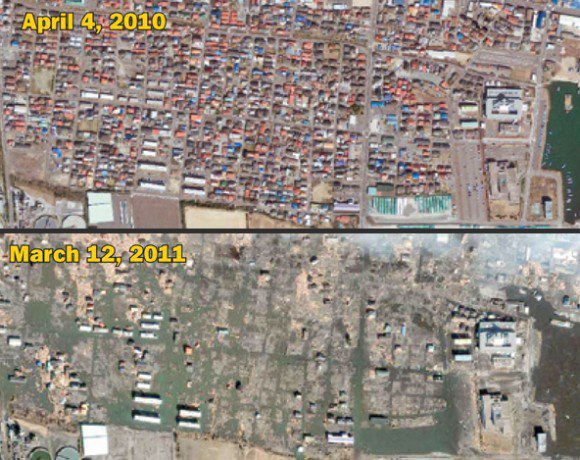 The area north of Sendai was closest to the epicenter of the quake.

Satellite imagery provided dramatic before-and-after perspectives after an 8.9-magnitude earthquake and resulting tsunami struck Japan’s coast on March 11, 2011. The imagery provided an assessment of the damage seen at the two Fukushima nuclear power plants (Fukushima Daiichi and Fukushima Daini) and in Sendai, a port city in northeastern Japan. The imagery reveals widespread destruction, including evidence of collapsed structures, extensive debris, massive flooding and damage to key infrastructure caused by the earthquake and the tsunami.