Survey Specifics
More than 2,500 users of satellite imagery, including almost 1,400 current users of Landsat imagery in private, academic, government and nonprofit sectors, participated in the 2009–2010 survey. Respondents were surveyed about their use of satellite imagery, including Landsat, and what the impact would be without access to Landsat imagery.
The results of the survey revealed that respondents from multiple sectors use Landsat imagery in many different ways, as demonstrated by the breadth of project locations and scales, as well as application areas. The value of Landsat imagery to these users was demonstrated by the high importance placed on the imagery, the numerous benefits received from projects using Landsat imagery, the negative impacts if Landsat imagery was no longer available and the substantial willingness to pay for replacement imagery in the event of a data gap.
Each of 37 different application areas investigated—from agriculture and environmental management to education and disaster response—were primary uses for some respondents. More than 91 percent of respondents who currently used Landsat imagery used it to answer questions or solve problems, and 57 percent reported using the imagery as a basis for decisions. More than 80 percent said the imagery is somewhat or very important to their work.

Landsat provides valuable data for land use research and advances the U.S. Department of the Interior’s important role in land remote sensing under President Obama’s National Space Policy. The policy articulates the president’s commitment to reinvigorating U.S. leadership in space and maintaining space as a stable and productive environment for the peaceful use of all nations. Landsat images are unique in that they provide complete global coverage, they’re available for free, and they span nearly 40 years of continuous Earth observation. No other satellite imagery has that combination of
attributes.

Although the survey results supply a wealth of information on their own, they can also be built upon through further research to generate a more complete picture of the population of Landsat users as a whole. The complete report, The Users, Uses, and Value of Landsat and Other Moderate-Resolution Satellite Imagery in the United States—Executive Report, is available online at http://pubs.usgs.gov/of/2011/1031. 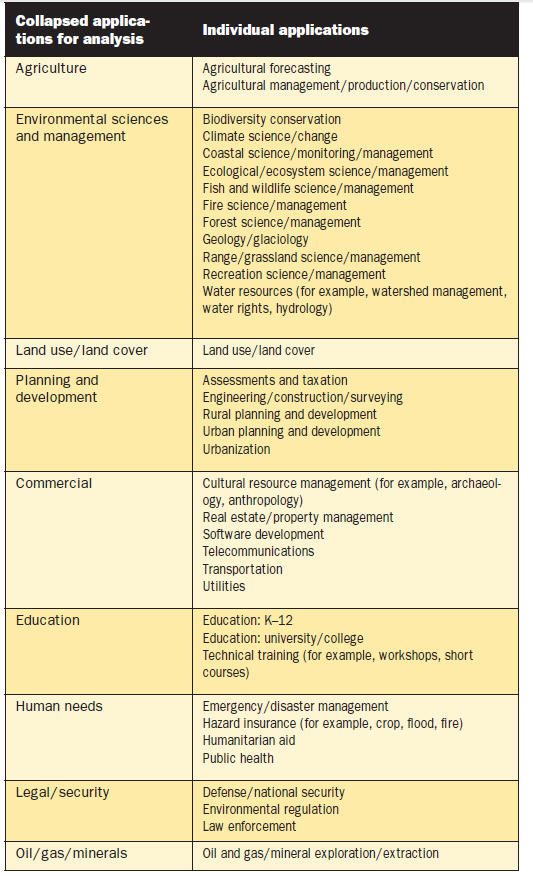