Imagine you’re about to spend $2,000 on a new Armani wool suit. Wouldn’t you expect an experienced tailor to make an assortment of accurate measurements and then perform the alterations precisely?
A similar concept comes into play when producing map-accurate products from satellite imagery or aerial photos. The better the measurements, the better the final product, and it all starts with good ground control points (GCPs). When stretching an image into a map-quality product, the more accurately and precisely a number of identification  points on the image can be tied to known Earth coordinates, the more accurately the map will represent the real world.

When viewing maps of immense scale, even a misinterpreted map projection can skew information significantly (see “Beware—Map Projections Do Matter,” page 34). For mapping projects, generally a smaller homogeneous area of interest (AOI) with little difference in elevation may require fewer GCPs than a larger area comprising a diverse mix of urban features and vegetation with significant elevation changes. To a degree, more GCPs are desirable to increase the accuracy and precision of any mapping project. Of course, the more GCPs desired, especially in an AOI with little or no existing GCP data, the higher the cost.

Technology, however, is making great strides in reducing the number of GCPs required for map-quality products. For instance, Leica claims its ADS80/SH82 digital sensor data can be used to produce 50-scale orthophotos with acceptable horizontal accuracy using no ground control and ASPRS Class I vertical accuracy using a minimal number of GCPs.

Some Basics of Good GCPs
What makes ground control good? For either horizontal or vertical points, a high degree of accuracy and precision is a must. Accuracy is the closeness of a best-estimated value to the true value of a measured point. Precision is the closeness of repeated measurements made under similar conditions when grouped together (Figure 1). Although there’s a distinct difference between the two, both are necessary features of effective ground control.

Good GCPs are easily identifiable ground points in real space—in this case on Earth’s surface—whose exact locations are known. They differ from ground checkpoints, which commonly are called validation points, only in their use, not in how they’re collected. GCPs are used for the initial georeferencing process; checkpoints are used only for an assessment check. Targets used as GCPs for georeferencing shouldn’t also be used as checkpoints. 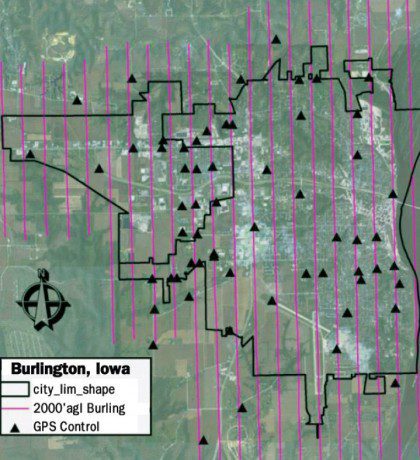 Figure 1. The city of Burlington, Iowa, was the site where Leica tested its ADS80/SH82 digital sensor.

According to Spatial Information Systems’ Image Accuracy Checkpoint Collection Guide, for all sample designs, 20 sample points are an absolute minimum, but statistical rigor calls for more points. When designing control for a project, Charles O’Hara, Spatial Information Systems’ president and the guide’s co-author, suggests starting by determining the total number of points needed, then dividing the AOI into quadrants, making sure no more than 20 percent of the GCPs are in one quadrant. Additionally, no two points should be closer to one another than the AOI diagonal divided by 10 (Figure 2). The complete guide is available on the Earth Imaging Journal Web site at www.eijournal.com/resources.

Figures 2a-c. The test used three different ground control configurations: none (a), minimal (b) and vertical (c). In each test, the same 20 photo-identifiable check points were measured to test the positional accuracy.

Additionally, the self-proclaimed Control Freaks at CompassData boast a library of nearly 16,000 photo-identifiable off-the-shelf GCPs from around the globe. The company, which has its own survey crews in North America and dozens of international partners, claims it can acquire high-accuracy points anywhere in the world with a delivery time of several weeks.

One of the firm’s largest customers reportedly is Microsoft, which uses CompassData’s GCPs for its Virtual Earth product. Additionally, the company sells its products to aerial firms primarily as back-up insurance against disruptions in navigation equipment during flight at much less than the cost to send an aircraft back up to re-fly an AOI.