Beginning in 2014, an innovative constellation of data-relay satellites will transform the way we transfer data from low Earth orbit satellites and unmanned aircraft systems.

The number of unmanned aircraft systems (UASs) in use has exploded during the last decade for military and security missions, as well as civilian applications”and it's only the beginning.

Indeed, as stated in the U.S. Department of Defense's Unmanned Systems Integrated Roadmap FY2011-2036, the department envisions the continued expansion of unmanned systems in the future force structure. This expansion will include fielding additional systems in capability areas already supported by unmanned technologies, but also expanding into new mission areas not currently covered.

The military continues to investigate the potential of UASs for new mission areas, such as refuelling tasks, resupply or combat search and rescue. During the next couple of years, UASs are expected to take on nearly every type of mission currently flown by manned aircraft, reducing the potential risk to human pilots.

Nonmilitary UAS applications, although still at an early stage and largely untapped, also are growing rapidly. For example, UASs are being used to support search-and-rescue operations over sea and land in case of natural or man-made disasters, such as the recent wildfires in the western United States. A UAS can be a viable and crucially important alternative in emergency situations, particularly when meteorological or other factors prevent manned aircraft from responding. 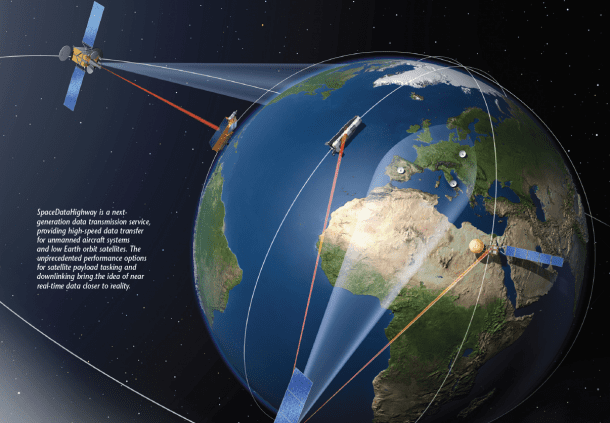 Tasks can range from providing real-time information on the extent of a disaster, possible access routes and potential sites for aid distribution points to delivering cargo or medical supplies in case of blocked access. In such situations, quick, reliable data delivery to a central location outside an impacted area is essential for an effective operation.

Other possible applications include coastal and border surveillance to detect/monitor illegal immigration or smuggling, as well as supporting police operations, where delivering critical information to ground forces in an actionable timeframe”sometimes less than 20 minutes”is essential to facilitate effective intervention. Other areas under investigation are real-time video for traffic surveillance; power/gas line patrol; storm monitoring; or agricultural assignments, such as fertilizer distribution.

Advancements in modern aviation and aircraft, as well as automated technology, support the increasingly diverse use of UASs in varied mission scenarios. Primary technology developments in this field concern more compact and lightweight constructions, component miniaturization, and the suitability to carry numerous interchangeable instruments to suit different applications. 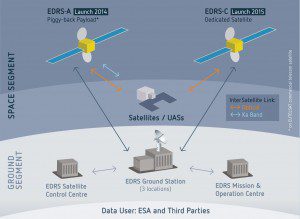 Depending on their area of use, UAS platforms can acquire and transmit many different kinds of data, including electro-optical imagery, synthetic aperture radar data and real-time videos”all of which can be data heavy. To a large extent, effectively deploying these platforms depends on a reliable system to downlink and deliver the data in near real time from and into a theater of operation. UAS use for sophisticated missions increasingly needs beyond-line-of-sight data links to increase the range of UAS use and enhance application areas for unmanned missions.

Another development that intensifies the need for effective information transfer solutions is the so-called swarming-UAS concept in which a fleet of UASs operate together controlled through a highly interconnected communications network. A similar evolving concept is to deploy combined missions of manned and unmanned aircraft. This requires seamless communication among the UASs, aircraft and different ground components to share and exploit sensor information and ensure the mission's effectiveness and safety.

Lack of UAS interoperability has had a real-life impact on U.S. operations, relates Dyke Weatherington, U.S. deputy director of unmanned warfare, portfolio systems acquisition in the Office of the Under Secretary of Defense. There have been cases in which a service's UAS, if it could have gotten data to another service, another component, may have provided better situational awareness on a specific threat in a specific area that might have resulted in different measures being taken.

The European Data Relay System (EDRS)”the SpaceDataHighway”is a high-performance alternative for data transfer that addresses many of these challenges. The system comprises a constellation of geostationary satellites that provides two-way broadband data relay services in real time between UASs and fixed ground stations. The system works with low Earth orbit (LEO) satellites as well. The SpaceDataHighway is a public-private partnership between the European Space Agency (ESA) and Astrium, whereby Astrium holds the exclusive rights to sell data relay services to customers worldwide.

The SpaceDataHighway will make on-demand UAS-derived data available at the right place at the right time, allowing, for example, a warfighter to acquire real-time situational awareness of the battlefield, or providing rescue workers with near real-time data of the crisis region where they're working. The system's architecture is similar to the U.S. Tracking and Data Relay Satellite System (TDRSS), which supportedU.S.manned space flight such as the Space Shuttle. The main innovation of the SpaceDataHighway is the use of a new-generation Laser Communication Terminal (LCT). The laser terminal is designed to transmit 1.8 GB/s across up to 45,000 km. This innovative technology, developed in Germany, was tested successfully during in-orbit verification between the German radar satellite TerraSAR-X and the U.S. Air Force NFIRE satellite for LEO intersatellite links.

In addition, the higher efficiency and low beam divergence of the laser beam makes the laser link a more secure point-to-point connection. A listening device would either have to be in the immediate vicinity of the receiver or introduced into the beam. This is highly unlikely, because the laser spot diameter after 42,000 km is only a few hundred meters in diameter moving with the receiving platform (UAS or LEO) at > 300 km/hr for UASs or ~8 km/sec for LEOs.

As further stated in the Department of Defense's 2011-2036 roadmap, The application of lasers in unmanned systems communications could provide increased target detection capabilities, improved anti-jam performance, and decreased EMI within the communication subsystem.

In tactical missions, UASs increasingly are operated over broad areas and beyond line of sight. Forward tasking through the SpaceDataHighway (data rate 1 Mbps) enables the platforms to be operated in joystick mode, resulting in significantly improved system reactivity and flexibility.

The SpaceDataHighway enables immediate broadband data transfer, via the SpaceDataHighway satellite, to the ground with an unprecedented data rate of up to 1.8 GB/s. This is also ideal for transferring full-motion video with no rate change/choke points. Because of the state-of-the-art LCT on-board the SpaceDataHighway, the probability of interception is significantly reduced.

Routing the data through the SpaceDataHighway infrastructure reduces the need for an extensive ground station network. This can be particularly valuable in situations in which rapid deployment of ground equipment near an area of interest can be difficult because of the lack of logistic facilities (roads, airports, etc.) or risky because of the presence of hostile forces. Data from an operation's different systems”UASs, manned aircrafts or satellites”can be routed through the same secure, high-performance infrastructure.

The first SpaceDataHighway payload, which will be launched in 2014, comprises an LCT and a Ka-band intersatellite link as a hosted payload on-board a commercial telecommunication satellite (EDRS-A). A second dedicated spacecraft (EDRS-C), also carrying an LCT, will follow in 2015. These two nodes will form the initial core space infrastructure, providing coverage for LEO satellites and UASs flying over Europe, the Middle East, Africa, the Americas, Asia and the poles.

Two additional spacecraft (EDRS-D and EDRS-E) are planned to complement the system in 2017 and 2019, respectively, providing complete Earth coverage and long-term system redundancy beyond 2030.

ESAwill fund the SpaceDataHighway's infrastructure development and is the anchor customer through the GMES Sentinel satellite missions. Astrium will carry the overall responsibility for implementing the space segment, including launch, as well as the ground segment. Astrium then will take over ownership of the SpaceDataHighway and will provide the data transmission services to ESAand customers worldwide. Additional information on the project is available at www.edrs-spacedatahighway.com.