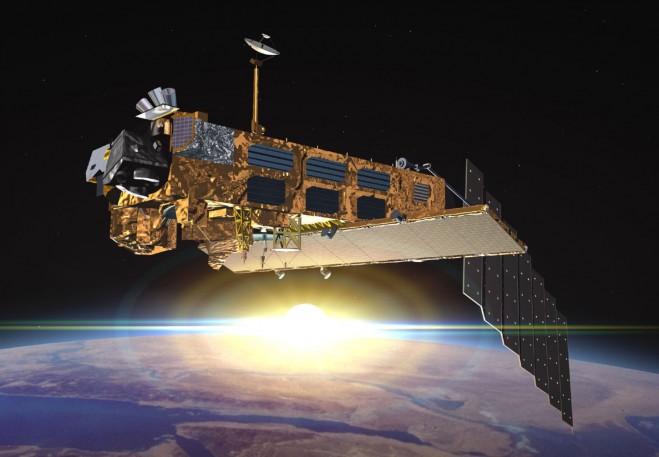 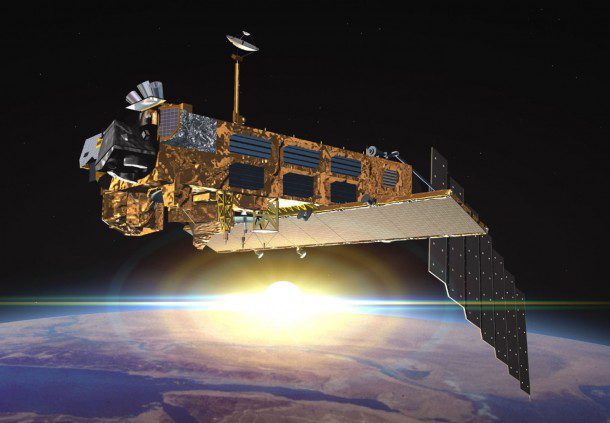 With 10 sophisticated optical and radar sensors, Envisat continuously observed and monitored Earth’s land, atmosphere, oceans and ice caps for more than a decade. An estimated 2,000 scientific publications have been based on this information.

How can users meet the challenge of C-band SAR data continuity?

The recent loss of the Envisat satellite is taking its toll on thousands of operational and scientific users and programs around the world. LaunchedMarch 1, 2002, by the European Space Agency (ESA), the satellite was one of the most advanced environmental spacecraft ever built. After losing contact with the satellite onApril 8, 2012,ESAformally announced the end of Envisat’s mission on May 9. Now, with the launch ofESA’s Sentinel-1 synthetic aperture radar (SAR) satellite scheduled in late 2013, and with full operations commencing in the first half of 2014, Envisat’s user community must seek interim solutions based on alternative C-band SAR data sources. 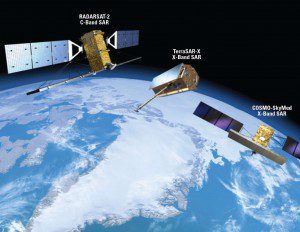 WhenESAlaunched Envisat in 2002, the satellite was the largest nonmilitary remote sensing satellite ever to enter operations. For 10 years, twice the satellite’s planned operational life, Envisat provided users around the world with detailed information on Earth’s land, oceans, atmosphere and environmental conditions. In the lead up to the launch of the Sentinel satellites, Envisat has played a large role in the Global Monitoring for Environment and Security (GMES) program, a joint initiative of the European Commission andESA. GMES will provide a broad swath of data, information, services and knowledge to support European goals on sustainable development and governance of the global environment.

Sentinel-1, theESAmission planned to provide C-band SAR data continuity to Envisat users, likely will not enter full operation until 2014. As of this writing, funding for the launch and operation of the planned Sentinel-1 and subsequent satellite missions remains unresolved betweenESAand the European Commission. Work on ground systems to support Sentinel missions is currently on hold pending a launch commitment, and European funding for GMES operations extends only to the middle of 2014. This ongoing uncertainty is creating what could be up to a two-year data gap for users dependent on access to C-band SAR data for their existing and planned monitoring applications.

The loss of the Envisat mission will have a significant impact on thousands of Envisat users in government, scientific and civil agencies around the world. Unless, or until, an alternative source of compatible C-band SAR can be secured, GMES operational monitoring programs based on Envisat advanced SAR (ASAR) data are at risk.

Many of the applications that depend on Envisat ASAR data require continuous access to current data to detect and monitor geological hazards such as earthquakes, landslides, volcanoes and flooding. Similarly, maritime applications that include sea ice monitoring, shipping and industrial pollution monitoring depend on current data. Some programs could tolerate a data gap over a comparatively short time. However, the potential time to operational Sentinel-1 SAR data availability requires extraordinary measures to ensure their ongoing viability. 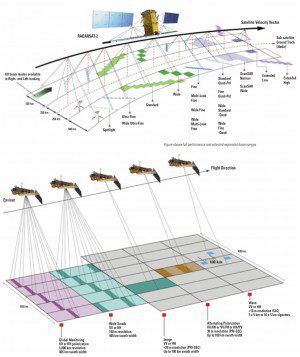 Fortunately for ESA, GMES and Envisat data users, there are several viable data options to replace Envisat C-band SAR with data from commercial and noncommercial satellite missions. The large capacity of Canada’s RADARSAT-1 and RADARSAT-2 satellites, using a common SAR frequency band and similar broad-area data-acquisition modes, is well suited to address the immediate needs of the Envisat user community (see
“RADARSAT-2 Fills the Gap for GMES Applications” below).

Offsetting the immediate impact of the Envisat data loss are contingency agreements in place among ESA, the Canadian Space Agency (CSA), and MacDonald, Dettwiler and Associates Ltd. (MDA). Under the agreements, RADARSAT-2 data products will be made available for free for three months to satisfy ESA’s pre-existing Envisat data orders at the time of satellite failure.

Following the contingency period’s expiration,ESA has the option to continue to obtain RADARSAT-2 data fromMDA on behalf of the Envisat user community, ensuring ongoing, continuous C-band SAR data access at a comparable level of service experienced with Envisat ASAR data. RADARSAT is a viable replacement for Envisat until the launch, commissioning, and operation of Sentinel-1 in 2014.

The image characteristics of selected Envisat ASAR and RADARSAT-2 C-band modes are similar and compatible.

Frequency and Algorithm Continuity: Envisat users have based much of their work on a 10-year supply of C-band SAR data, developing many applications and algorithms specifically for that frequency. Converting from C-band to X-band data may present technical and financial challenges that can’t be borne by some users and agencies.

The European Community faces significant challenges to its member economies. As a result, securing long-term funding for vital space-based environmental monitoring programs is at risk. The sudden failure of Envisat in April has left a significant gap in the ability to collect C-band SAR imagery for use in hundreds of vital environmental and operational applications relied on by thousands of people across the globe.

Ensuring a cost-effective model for C-band data continuity is vital to ensuring the GMES program’s continued success and operation. The compatibility of RADARSAT-2 and Envisat ASAR data makes the transition seamless, guaranteeing the continuity and value of GMES untilESA-developed SAR C-band data sources are available again.

The following application examples illustrate how RADARSAT-2 C-band synthetic aperture radar (SAR) data are used in both operational and scientific environments, as well as how the data can support applications that depend on the availability of Envisat advanced SAR data. 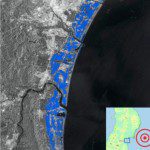 Severe weather and geological events can trigger flooding that threatens lives and infrastructure. RADARSAT-2 provides near real-time information on areas most likely to experience flooding, supporting flood prevention activities and delivering timely information on the scope and movement of floodwaters after an event has occurred to assist with rescue efforts. Imaging before, during and after disaster events such as floods provides information that can help predict areas at risk. The satellite’s multipolarization options provide a broader level of detail on flood-detection reports. 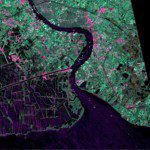 SAR imagery is viable for coastal zone monitoring and where traditional optical sensors have met with limited success. 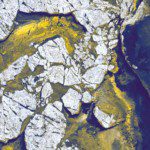 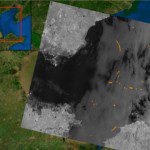 Monitoring offshore oil and gas production and ship bilge dumping are among RADARSAT-2’s strengths, as it images broad offshore areas through cloud and darkness to collect critical environmental information, detect oil on water and support incident response efforts to protect the maritime environment. RADARSAT-2’s wide-area surveillance provides evidence of the sea state, identifying oil sources such as production platforms, ship bilges and natural oil seeps. Near real-time turnaround directly supports first responders with a clear, current understanding of the incident location and scope of a spill or seep. 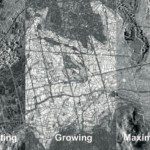 SAR, with its all-weather imaging capacity, has an advantage over optical remote sensing in humid rice-growing regions.

Ensuring food security and forecasting crop yield are critical to a nation’s health and economy, allowing it to anticipate potential crop failures, shortages or famine. RADARSAT-2 is a vital tool to collect current crop status information and create valuable crop-yield forecast tools. For example, the strategy to estimate a crop yield includes acquiring RADARSAT-2 data during the growing season and comparing the radar response with field measurements of yield. By acquiring data over multiple seasons, a calibrated yield model for different grain types can be created, and a total yield for a given area can be reached. 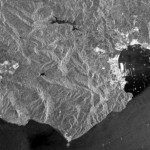 SAR data of the Strait of Gibraltar reveal many ships and oceanic features, including waves and sea-floor topography.

Maritime surveillance is a critical capability to protect national interests, resources and security over open water, in Exclusive Economic Zones and along coastal approaches. RADARSAT-2’s maritime surveillance imagery provides defense agencies and governments with enhanced ship detection and tracking capabilities, defense and intelligence information, ecosystem monitoring, and oil spill detection. The satellite’s growing range of imaging modes, swath widths and resolutions directly supports the needs of agencies around the world tasked with maritime monitoring to ensure a near real-time view of coastal approaches and maritime traffic.