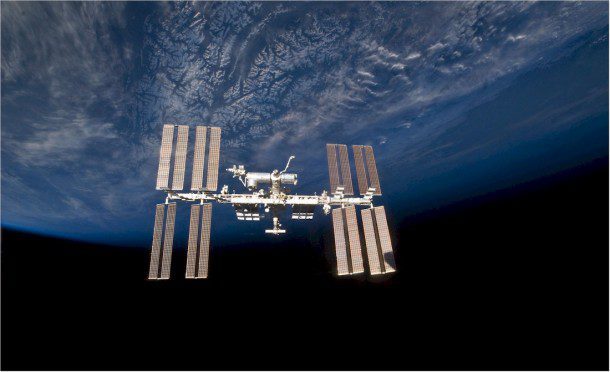 Backdropped by Earth's horizon and the blackness of space, the International Space Station (ISS) is featured in this image photographed on April 17, 2010, by a crew member on space shuttle Discovery. The Window Observational Research Facility (WORF) was installed and prepped on ISS's Destiny Laboratory (inset) during the last year. 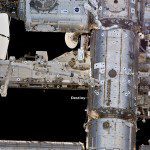 Like a human who just went through laser vision correction, the International Space Station (ISS) recently got a clearer view of Earth. The Window Observational Research Facility (WORF) was delivered to the ISS in April 2010 on the Space Shuttle Discovery and includes the highest quality optics ever flown on a human-occupied spacecraft. 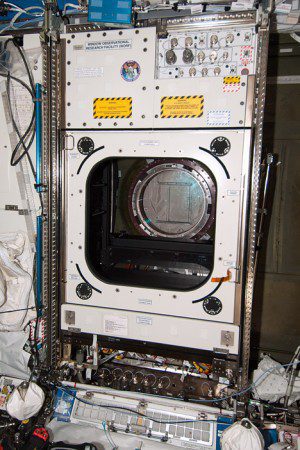 The subject of WORF's first test image, shown at right, was British Columbia's snow-capped mountains and coastline in western Canada. The image, captured with a 50-millimeter lens on Jan. 17, 2011, features an area just north of Vancouver Island. Although it's not a particularly unique image, it's notable for the clarity and sharpness of ground features even though it was taken with a wide-angle lens. The image is a significant improvement from similar imagery acquired through the Destiny lab window when the nonoptical quality pane was in place.

The image was taken to test the control computer and camera associated with the EarthKAM payload, an educational outreach project that allows middle school students to remotely take pictures of their home planet from the unique perspective of the space station”220 miles above Earth's surface.

We're very excited to have a new camera system that appears to be functional and taking incredible images, says Karen Flammer, who manages EarthKAM operations at the University of California, San Diego.

NewÂ VistasÂ forÂ Students
Following the British Columbia test images, the first student images were taken by Parkview Montessori in Jackson-Madison County, Tenn., and by Public School 229“Dyker in Brooklyn, N.Y. Teacher Vickie LeCroy's students at Parkview plan to study landforms such as islands, mountains and deserts in the EarthKAM image they obtained of Mexico. Dyker teacher Camille Fratantoni and her students plan to enrich their studies of Earth science and learn more about NASA missions. 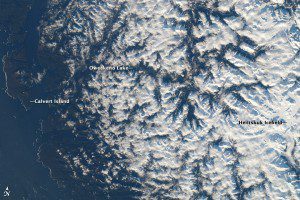 The new combination of the Destiny lab window and WORF adds to the space station's capabilities as a remote-sensing platform for Earth science. It enables the operation of high-resolution cameras and multispectral or hyperspectral imagers within ISS's pressurized environment. In addition, the WORF/optical window tandem can be used for research and applications in fields such as geology, volcanology, meteorology, oceanography, coastal ocean management, ranch and forestry management, and disaster assessments and management. In this capacity, the ISS can be used as a test bed for new instruments, as well as an operating location for current sensor technology without the space environment and platform design requirements necessary for free-flyer orbital sensors.

Currently, the EarthKAM and the ISS Agricultural Camera (ISSAC), a multispectral imaging system built by students and faculty at the University of North Dakota, are onboard the ISS. EarthKAM is operational now, and ISSAC will become operational in spring 2011, when both payloads will conduct simultaneous but independent operations”the first time multiple payloads would be operational in WORF for Earth science.