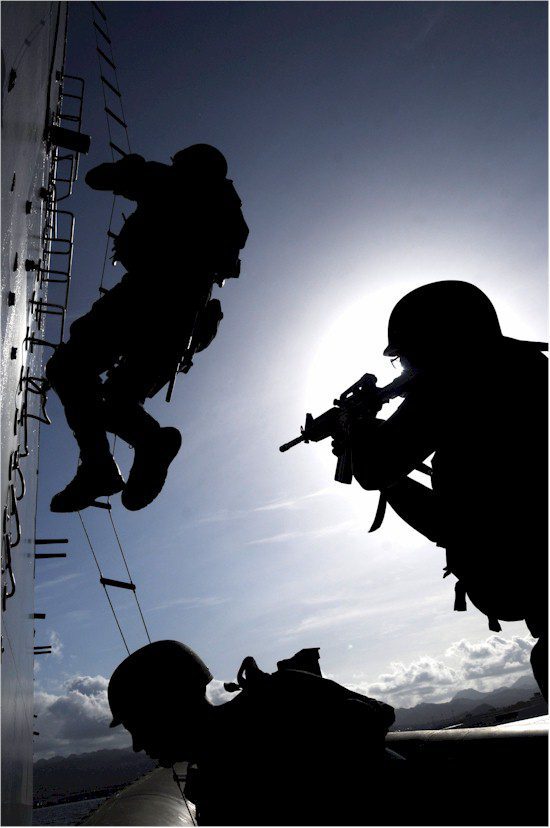 If oil is the world’s lifeblood, then oceanic commerce is its backbone. Since the 9/11 attack on the United States, many national and international organizations have addressed how to protect their maritime assets individually and collectively. Recent events, such as the sea-borne attack on Mumbai, and the growing realization that piracy plagues several areas of the world have reiterated the need for heightened maritime vigilance. There’s also a growing realization that misuse of the oceans can lead to significant environmental damage and loss of natural resources.

The potential contributions of space-based Earth observation systems to global maritime awareness are of growing interest to the world’s naval forces. It’s widely recognized that no one country or even an existing coalition of countries has the stature, breadth and depth to protect oceanic commerce and the maritime environment. It will take international collaboration and cooperation on an unparalleled scale to assure the safe, secure use of the world’s oceans (see “Collaboration Will Enable Global Maritime Awareness,” page 12). The greatest need, as well as the greatest opportunities for international collaboration, is to focus on the technology required to detect, identify and track vessels well offshore.

Collection Systems
The types of sensors currently within ports and in coastal areas, such as radars, various types of cameras and self-reporting systems, are well known. Acoustic sensors and other nontraditional sensors, such as the passive coherent location sensor, which exploits the reflections of the emissions of non-radar transmitters to determine an object’s location, also have roles. However, the need to detect, identify and track vessels well offshore can best be accomplished by space-based Earth observation systems, many of which already exist commercially.
There are at least four basic types of space-based systems—six if you include weather and navigation spacecraft—that must be integrated for effective results. Two of the four employ imaging sensors:

• Synthetic aperture radar satellites (SARsats)
• Electro-optical/infrared (EO/IR) imaging satellites
The other two are based on communications systems:
• Individual transponders, which can send formatted short messages, linked to a communications satellite
• Automatic Identification System (AIS), which was designed for collision avoidance but often is used as a primary ship identification and tracking system

SARsats
The Canadian government currently operates two SARsats in a public-private partnership with McDonald, Dettwiler & Associates (http://gs.mdacorporation.com/). It launched the first one, RADARSAT, in 1996. A more capable system, RADARSAT 2, was launched in late 2007. Canada is expected to launch an additional three to six radar satellites within the next decade. These systems operate in five basic modes and, at low resolution, have wide sensor swaths. Most, if not all, of the coming SARsats will be equipped with AIS receivers.

Germany, Italy and Israel also have launched radar satellites, and several other countries are moving that way. On June 21, 2010, the Germans launched TanDEM-X, a second radar vehicle to fly in formation with the first TerraSAR-X launched in June 2007. Italy’s COSMO-SkyMed system has four operating satellites, launched between June 2007 and November 2010. TecSAR, the first Israeli satellite to feature SAR technology, was launched Jan. 21, 2008. 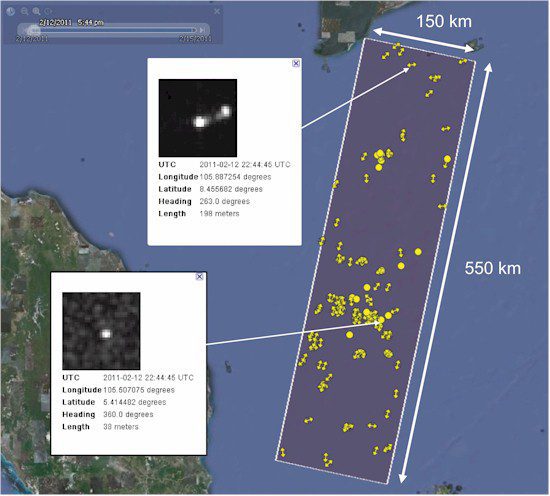 Each of these satellites carries a SAR sensor that can see through cloud cover and detect vessels and their wakes day or night. These commercial radar satellites represent a significant improvement over previous commercial radar systems, including images with resolutions as good as 1 meter and special collection methods that can vary the polarization of the energy their sensors transmit to the ground. This permits image collection in different polarizations simultaneously, which can characterize Earth’s surface structure in interesting new ways.

EO/IR Imaging Satellites
Many countries and companies operate EO/IR satellites. Their capabilities have expanded to the point where even a layman can, in many instances, look at one of their images and immediately recognize a specific building and which types of cars—trucks, sedans, convertibles, etc.—are parked in its lots. DigitalGlobe (www.digitalglobe.com) and GeoEye (http://www.geoeye.com/), the major U.S.-based commercial satellite providers that pioneered this significantly improved capability, receive a bulk of their operating budgets from U.S. military customers. Both companies have built sophisticated constellations of high-resolution (1 meter or better) Earth imaging satellites, providing intraday revisit around the globe. Israel’s ImageSat International (http://www.imagesatintl.com/) offers similar capabilities. 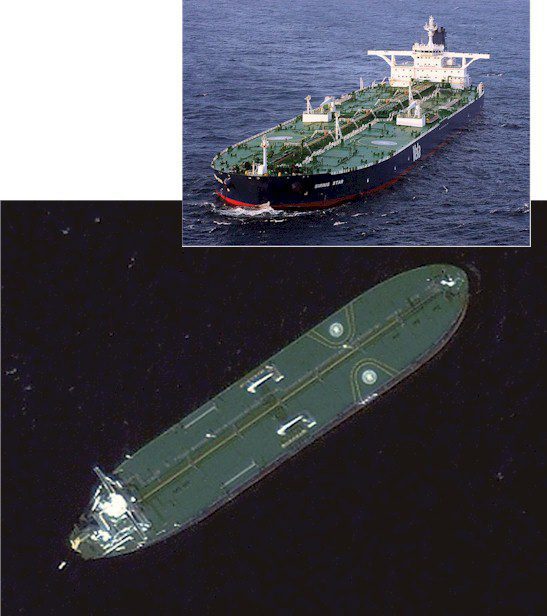 IKONOS acquired a high-resolution satellite image of the supertanker M/V Sirius Star, which was hijacked by Somali pirates on Nov. 15, 2008.

Spot Image (http://www.spotimage.com/), now branded as the GEO-Information Services division of Astrium, offers a multisource, multiresolution portfolio of imagery products and services. The Spot 6-7 optical satellites under development will deliver 1.5-meter ortho images and guarantee mission continuity to clients worldwide.  The first launch is planned for 2012. In addition, the Pléiades 1 and 2 satellites are scheduled to launch at the end of 2011 and mid-2012, respectively. Operated by Astrium GEO-Information Services, they’ll provide 50-cm color products.

Recently, Surrey Satellite Technology Limited (http://www.sstl.co.uk/) announced plans to build and launch three Earth observation spacecraft by 2013 and to set up as a commercial Earth observation company. The imaging capabilities of the satellite constellation will be 1-meter panchromatic and 4-meter multispectral. RapidEye (http://www.rapideye.de/) offers a similar small satellite constellation that was largely built by Surrey, but it receives the benefit of a public-private partnership with the German Aerospace Center.

Transponders
Owners of fishing vessels and mobile platforms actively track their assets with communication transponder satellite systems. For example, fishing vessels must be able to prove they didn’t go into restricted waters. Tugboat and heavy equipment companies need to be able to track their assets on a near-hourly basis for business purposes. Many other companies also employ these self-reporting systems for valid business, security and/or safety reasons.

Space-Based AIS
The International Maritime Organization and the International Association of Marine Aids to Navigation and Lighthouse Authorities designed AIS to identify and locate vessels by electronically exchanging data with other nearby ships and vessel traffic service stations. On April 28, 2008, Canadian company COM DEV International (http://www.comdev.ca/) launched a space-based AIS nanosatellite designed to detect AIS signals from space. Prior to that, the U.S. Coast Guard funded the development of a capable AIS collector onboard an ORBCOMM (http://www.orbcomm.com/) communications satellite. SpaceQuest (http://www.spacequest.com/) also has launched space-based AIS collectors. The initial results of these efforts are promising, and all three companies are planning additional capabilities. Currently there are eight AIS-equipped commercial satellites on orbit, with many more being planned.

Ground Segments
What to do with all of these data?

Canada has developed its own ship-detection software called “Ocean Suite,” and various satellite processors have been designed to complement each other to optimize ship-detection performance. The European community is working to leverage its resources. The two latest COSMO-SkyMed SAR satellites are to be part of the future Multinational Space-based Imaging System, which will combine the resources and space assets of Italy, Belgium, Greece, Germany, France and Spain, and other European countries may join. The rest of the space-faring world has taken note, and discussions are under way in several locales.

A large player in maritime awareness for U.S. civilian space is the Center for Southeastern Tropical Advanced Remote Sensing (CSTARS) at the University of Miami. In cooperation with Vexcel (http://www.vexcel.com/), CSTARS developed OceanView, a software program that rapidly analyzes any commercial imaging system to determine if there were vessels imaged. The software can generally tell the size, type, course and speed of any vessel imaged from civilian spaceborne satellite systems. Similarly, Astrium GEO-Information Services’ OceanWay service monitors maritime activity in a given zone using radar and optical satellite imagery.

CSTARS and other organizations are taking steps to improve image processing, with better definition and timeliness. CSTARS also hopes to gain additional access points by establishing mobile downlink sites in places such as the Azores and the western United States. This is important, because the timeliness of the reporting is dictated by the time between data collection and its downlink to an Earth station for processing and reporting.

Maritime patrol aircraft (MPA) are another part of the mix. Many countries operate MPAs, and some countries have more than one organization operating them. For example, in the United States, the Navy and Coast Guard have MPAs, and the Department of Homeland Security’s Customs and Border Protection (CBP) component operates a fleet of highly modified P-3 fixed-wing aircraft with superb ocean-surveillance capabilities. All three organizations are in the process of installing AIS-collection capability into these aircraft. This could provide a paradigm shift in the way other U.S. aircraft are outfitted for maritime surveillance. Many other technologies also are being considered, from medium- and high-altitude unmanned aerial vehicles, such as Predator B/Mariner and Global Hawk, to manned and unmanned airships. 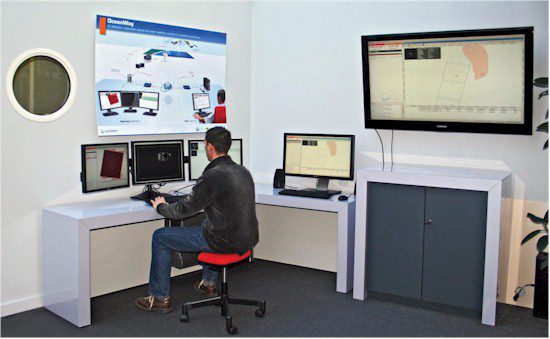 No one system can do it all, but a judicious mix of the aforementioned systems and others should allow partner nations to detect, identify, track and interdict nearly all vessels that approach their coasts. Indeed, there’s no silver bullet, but international collaboration among countries with space-based systems is the key to success.

The world’s maritime nations, working together, can make the seas safer and more secure from wrongdoers, be they smugglers, polluters or pirates. A primary step would be to create a global space partnership initially focused on the maritime domain, a concept referred to as a Collaboration in Space for International Global Maritime Awareness (C-SIGMA). Such a concept has been discussed informally for years by experts who recognize the critical vulnerabilities of our maritime assets and the potential economic impacts from their loss. 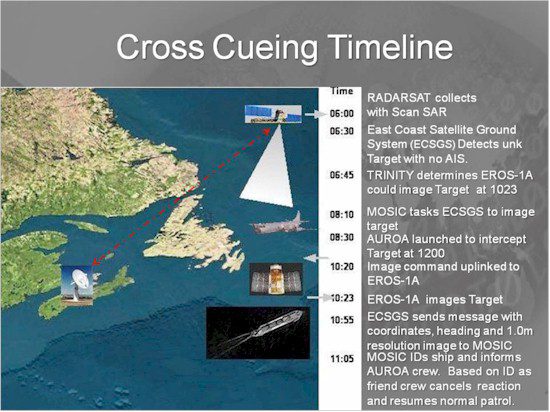 For example, the operational cycle of the system might begin with the tasking of one of a constellation of synthetic aperture radar (SAR) satellites to collect data from wide-area search mode and then switch to a spotlight mode to refine the attributes of any targets. A second SAR satellite may be tasked on the fly to conduct more fine-grain surveillance before a third or fourth satellite, equipped with optical sensors operating in the visible or infrared or hyperspectral bands, conducts a fourth, fifth or greater collect on the same target. Information from an automatic identification system (AIS) collected via satellite also could be filtered into the analysis to identify the vessel and other nearby vessels.

In addition, ship information compiled from unclassified sources and pertinent to the area under observation could be scoured for supporting information, such as Long-Range Identification and Tracking and terrestrial AIS reporting systems and/or other corroborating information gathered from terrestrial unclassified sources. If deemed appropriate, and weather permitting, a high-resolution imaging satellite could be tasked to image the correct spot in the ocean. The image could be processed to further determine a ship’s location, course, speed, and status.

The C-SIGMA stumbling blocks relate more to policy rather than technology challenges, but there’s definitely a need for better surveillance systems and more of them. There’s also a need to process, fuse, analyze, display and disseminate all available data; make accurate decisions; and interdict any suspicious vessel before it enters port or approaches anything of value. C-SIGMA is a paradigm shift, as, until recently, few nations have considered space systems within this framework. Steps in this direction include an international exploratory workshop, which will be hosted by the European Space Agency June 21-24 in Frascati, Italy, to examine how such a concept might be enacted.