National mapping organizations (NMOs) are responsible for producing and maintaining a wide variety of national maps, including traditional paper maps, charts and plans as well as digital products and services. NMOs can leverage the latest developments in the geospatial industry to create, update and maintain national maps efficiently. 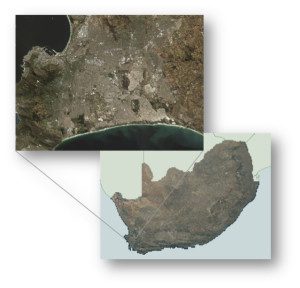 Figure 1. An image of South Africa illustrates how satellite remote sensing leverages the latest trends in high-performance computing to create maps at a national scale.

NMOs are dedicated to creating authoritative maps,
including topographic and administrative maps. Some NMOs also generate maps and charts for a variety of applications, including defense, maritime/nautical, aviation, geology and natural resources. Additionally, NMOs are faced with limited resources, yet with increasing demands from users for new and updated maps delivered faster and in new ways.

To create nationwide maps, traditional topographic mapmaking required time and resource-intense ground surveys, coupled with sparse data that then were extrapolated to larger regions. Most of the traditional maps across the globe were created a few decades ago and are in dire need of updating. Further, global adoption of Global Positioning System, mobile and Web mapping  technologies across the globe, as well as increased use of geographic information system (GIS) data for daily applications, has created an insatiable demand for more accurate maps that need constant updates to keep them current.

The last decade exhibited an evolution of geospatial technologies that transformed the traditional mapmaking and cartography industry. GISs became tools for digital mapmaking, eclipsing traditional paper maps. Some mapping organizations, such as U.S. Geological Survey, have discontinued paper maps, offering them in digital formats only.

The evolution of Web GIS opened a new paradigm that connected separate siloed databases with a centralized geospatial data repository, making it possible for NMOs to reach into authoritative datasets created at multinational, national, federal and state/local levels. The Web GIS paradigm, which leverages state-of-the-art computing, cloud and distribution technologies, has opened avenues for collaborative mapping as well as opportunities to create on-
demand intelligent maps tailored for individual applications.

For example, Esri’s ArcGIS platform allows NMOs to capture, store, process, maintain and disseminate national maps to multiple constituents effectively. ArcGIS Online is part of the ArcGIS platform, which can be tailored to meet the data security needs of the NMOs by leveraging public as well as private clouds, addressing the spatial data infrastructure (SDI) needs of nations. 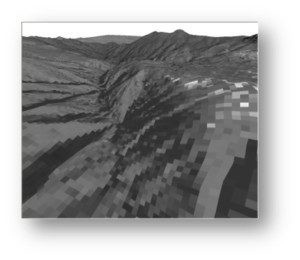 The satellite remote sensing industry has evolved during the last decade to support global mapping efforts, especially in the commercial satellite industry. The Earth observation industry has developed a critical mass of collection capabilities that can collect nationwide imagery and update countries frequently to meet the increasing demand for new and updated national maps. 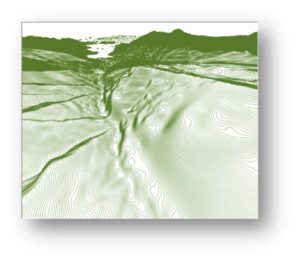 DigitalGlobe launched its first sub-meter satellite, IKONOS, in 1999. Most of its constellation collects imagery at, or better than, 0.5 meters. DigitalGlobe’s next-generation satellite, WorldView-3, scheduled to launch in mid-August 2014, is expected to collect imagery at 0.31-meter resolution globally. These increasing spatial resolutions, coupled with the superior positional accuracy of these satellites, will enable NMOs to create 1:10,000- or 1:5,000-scale, accurate national maps. Also, these satellites carry spectral bands that allow users to create a variety of national maps such as nautical charts, land cover, planimetric maps and others.

A current challenge facing NMOs is creating authoritative maps in a short time frame. One of the key aspects of authoritative mapping is validating positional and information accuracy. An accuracy validation program that uses a well-distributed set of ground control points across the nation provides a foundation for validating the accuracy of imagery mosaics as well as any other GIS layers created for national mapping.

DigitalGlobe is working with partners in the geospatial industry to develop a well-documented process that is consistent, repeatable and internally certified that can enable NMOs to expedite map creation and maintenance in a short time frame. The process leverages the accuracy and coverage of imagery mosaics as the base layer for national GIS layers, then aligns the GIS layers to this base layer to create multiyear/decade, consistent national maps. 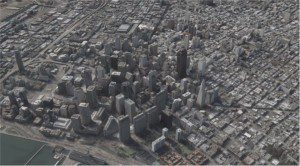 This national “GIS in a box” concept allows NMOs to lay the foundation for geospatial governance with the following features:

• a scalable platform that supports SDI development and is tailored to connect desktop computers with centralized, cloud-based solutions to public and private cloud architecture;

• a foundational imagery mosaic layer, with certified accuracy, as the base layer;

• ArcGIS content that provides various GIS layers, including human landscape and administrative boundaries, and can be used to compile authoritative content from multiple organizations/agencies within a nation;

• advanced GIS technologies that can extract information layers from imagery for a variety of applications and digital mapping tools, such as crowdsourcing, that can provide a collaborative environment for sharing and authoring maps with others; and

Putting It All Together

The latest trends in GIS and satellite remote sensing, coupled with technological advances in cloud computing, are allowing users to create national maps at unprecedented scales and speed. The advent of Web GIS is revolutionizing the concept of map creation, data sharing and dissemination by breaking down the silos of disparate systems, networks and databases to provide a common SDI that can be tailored for public and private networks.

In addition, the commercial satellite imaging industry is enabling NMOs to efficiently produce and maintain authoritative national maps and advance various geospatial governance initiatives. Now NMOs have an economical option to provide consistent, multiyear geospatial databases and maps that improve their operational efficiencies as well as optimize their budgets and resources.