The market for unmanned aircraft systems (UASs) outside of the military is extremely small at the moment, but one of considerable industry interest. The long-term issue is whether the unmanned aerial vehicle (UAV) might blossom in the civil aviation market, matching or exceeding the scope of military UAVs. 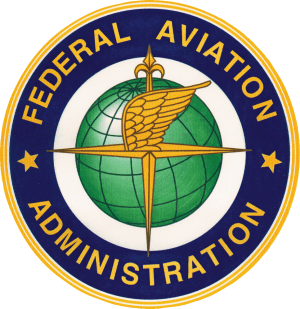 The single largest hurdle to the civil growth is the issue of UAV operations in controlled airspace. Federal Aviation Administration (FAA) standards are only beginning to emerge for routine UAV operations in U.S. airspace. This is true worldwide except in Israel and South Africa, which have established UAV operating rules through their civil aviation administrations. Even in these cases, there have been complaints by Israeli aviation about the interference experienced due to UAV operations.

In Europe, the European Aviation Safety Agency (EASA) issued a call in early 2006 for the formation of a new organization to coordinate the use of UAVs in Europe. The aim is to permit normalized UAV flights in nonsegregated airspace by early in the next decade. In addition, efforts are under way to unify European standards with other standards such as those being developed in the United States by the Radio Technical Commission for Aeronautics (RTCA) and the American Society for Testing and Materials (ASTM), with the European Organization for Civilian Aviation Equipment (EUROCAE) considering the development of mirror standards with FAA cooperation.

One of the technological issues connected to airspace access will be the need for detect, sense and avoid (DSA) systems on UAVs operating in controlled airspace. Once DSA technology reaches maturity, issues such as size, cost and weight will affect the civil UAV market. There may end up being different DSA requirements for different types of UAVs operating under different conditions

Assuming that industry and the FAA and other international organizations manage to create a flexible environment for the operation of civil UAVs, how soon will a significant civil/commercial market emerge? First, some brief assessment is needed of the current market. This is fairly easy to do, as at the moment the market is only marginal. Outside the United States, there have been civil UAV markets in place since the 1980s, notably in Japan where there's a significant infrastructure for the use of small helicopter UAV crop dusters.

In the United States, commercial UAV purchases have been minimal. In April 2005, Tactical Aerospace Company (TAG) in California received a $2.8 million contract to provide 14 helicopter UAVs to
Rotor F/X, a firm that provides airmobile cameras to the film industry and television. These presumably are used in a low-altitude environment like Japanese agricultural helicopter UAVs to avoid FAA restrictions. It's worth noting that TAG claims this is the largest nonmilitary U.S. UAV purchase to date.

GovernmentÂ FirstÂ ToÂ Adopt
The first broad application of UAVs outside the military is likely to be in the paramilitary sphere where the requirements and missions are fairly similar. This will include U.S. Coast Guard and U.S. Border Patrol applications for monitoring maritime traffic and borders, and similar quasi-military homeland security roles. These types of applications are being studied by the U.S. Coast Guard's Deepwater program, the Department of Homeland Security's border patrol initiative on the Mexican and Canadian borders and the U.S. Geological Survey (USGS) for research missions. USGS now owns and operates 20 RQ-11 (A) Raven UAVs.

A potential surveillance market would be forest fire patrols, such as those of the U.S. Forest Service (USFS). The applications would be for a variety of different platforms. In 2006, the Coast Guard employed a Predator/Mariner UAV it was using for demonstration purposes to conduct surveillance on wildfires in Alaska. USFS also has tested a NASA General Atomics Altair (Predator derivative) for monitoring a remote wildfire and providing real-time video.

It seems likely that UAVs also will penetrate other government agencies. For example, it wouldn't be surprising to see the FBI and comparable international federal police organizations acquire a modest number of UAVs to assist in surveillance operations. This could encompass both Earth observation and communications surveillance.

Commercially, there have been suggestions that UAVs might be used for nongovernmental security roles such as patrolling critical infrastructure. This could include surveillance against criminal/terrorist targets, such as nuclear power plants, or the use of UAVs as a substitute for manned aircraft to survey large infrastructure assets, such as pipelines, power lines, airports, etc. The use of UAVs to survey power lines and pipelines is a niche market that could be satisfied by specialist aviation firms contracting out UAV services rather than outright purchase by firms that don't need enough flight time to justify ownership.