March 25, 2020
TerraView Demonstrates Commitment to the Building of the American Drone Industry with Introduction of Second Commercial UAV Model

RangePro X8P (Pixhawk), the follow-up to the RangePro X8, is proudly designed and manufactured in the USA, with U.S.-made flight control system (FCS) components and highly secure radio options

Valencia, CA — TerraView, a California-based unmanned aircraft system (UAS) development and manufacturing company, today unveiled the RangePro X8P – Pixhawk, a follow-up model to last year’s RangePro X8, now with system components and options that meet federal government and Department of Defense (DoD) guidelines. Like its predecessor, the RangePro X8P is an enterprise unmanned aerial vehicle (UAV) designed to fly for more than 70 minutes in real-world conditions with a standard sensor payload. Proudly engineered and manufactured in the USA, the RangePro X8P is designed specifically for industrial, first responder, and government enterprise data capture. 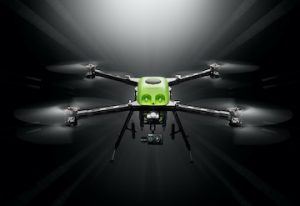 “We designed the RangePro X8P based on U.S. market and federal government demand,  aligning with the pending U.S. Senate bill, S.2502, the American Security Drone Act of 2019. If this bill is passed it will ban federal departments and agencies from purchasing any commercial off-the-shelf drone or unmanned aircraft system manufactured or assembled in China or other countries identified for national security concerns,” said Bruce Myers, president of TerraView. “We have been working with suppliers in the U.S. and other U.S. partner countries to provide best-in-class technical solutions and components that allow us to manufacture one of the highest-performing commercial drones in the market today.”

“As a follow-up to the RangePro X8 that we launched last year, the RangePro X8P still employs the same airframe and military-grade technologies that provide for its extended flight time but now with a  US made flight control system (FCS) and other non-Chinese system components and data capture options,” added Myers. “The new model includes a ground control station (GCS) option with encrypted radio/data, US made FLIR, non-Chinese RGB and mapping camera options at this time. The RangePro X8P ensures the competitive advantages of extended flight time with the reassurance of complete safety and security of valuable data.”

Customization Options: The unique capabilities of the RangePro Pixhawk can be customized to work in industries such as energy, agriculture, construction, first responders, mining, and government, to name a few.

The RangePro Pixhawk has data capture capabilities that include:

TerraView was founded on the belief that a game-changing UAV could produce exceptional ROI for all types of industrial applications. This shared vision is what brought engineer, inventor, Hollywood art director, and production designer Derek Hughes together with Paul Ausley, former Navy fighter pilot, entrepreneur, and prior 30-year owner/CEO of a DoD contracting firm supporting the Naval Air Systems Command. Their unique combination of expertise has led to the development of the RangePro X8, a truly transformative UAV solution that touts an unparalleled combination of runtime, durability, and versatility.

As TerraView specializes in fully customized UAV solutions, exemplary customer satisfaction is the company’s sole priority from the first interaction to final delivery, and beyond. When purchasing a TerraView product, customers receive step-by-step guidance and support, giving them full confidence in their investment.