Montreal, Canada – SimActive Inc., a world-leading developer of photogrammetry software, announces the release of Correlator3D version 8.7 with new tools to increase productivity of drone image processing. These allow editing flight lines in order to, for example, remove images captured during take-off / landing or while the drone was performing a turn between two flight lines. 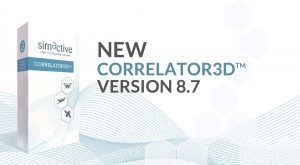 The new version also supports the quick identification of which individual orthophotos have contributed to a particular location in the final mosaic.  During quality control, users can then easily disable a particular ortho that would have led to an undesirable artifact in the final mosaic (e.g. shadow) and regenerate an improved final product.