September 5, 2014
Yellowstone Digs in Its Heels Against Illegal Drones 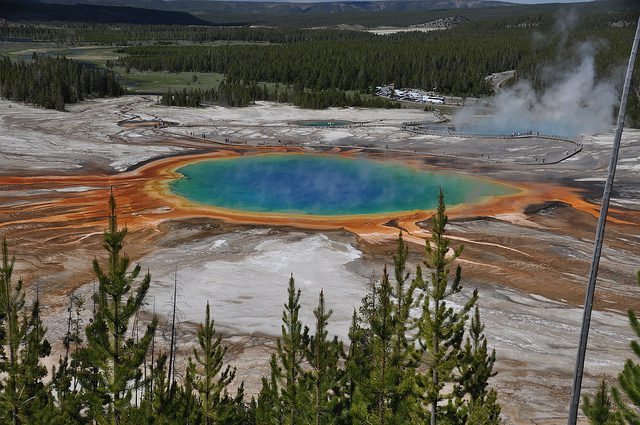 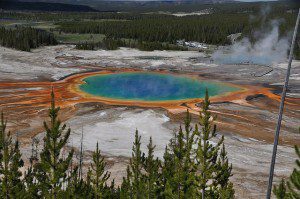 After an illegally operated drone crashed into Yellowstone’s Grand Prismatic Spring, shown above, the park is seeking to drive home the point that violating its ban against using drones in the park means serious consequences. The park is pressing criminal charges against at least three individuals.

Yellowstone National Park no longer takes a “slap-on-the-wrist” approach to people who violate its ban on camera drones. It could result in a $5,000 fine and/or six months in jail. Egged on by several incidents since the ban went into effect, the park is starting to file criminal charges against violators.

The main reason for the crackdown seems to be a man who earlier this month crashed his drone into the Grand Prismatic Spring after it was widely publicized that the park had banned the use of the little remote-controlled helicopters. The incident has led to a long and expensive search for the drone—which still hasn’t been found—as concerns mount about what this piece of machinery might do to the delicate bacterial ecosystem inside the hot spring.

There also have been similar incidents. In late August 2014, a man was caught flying his drone over a crowded Midway Geyser Basin and close to bison, and a German tourist crashed his into Yellowstone Lake in July 2014.