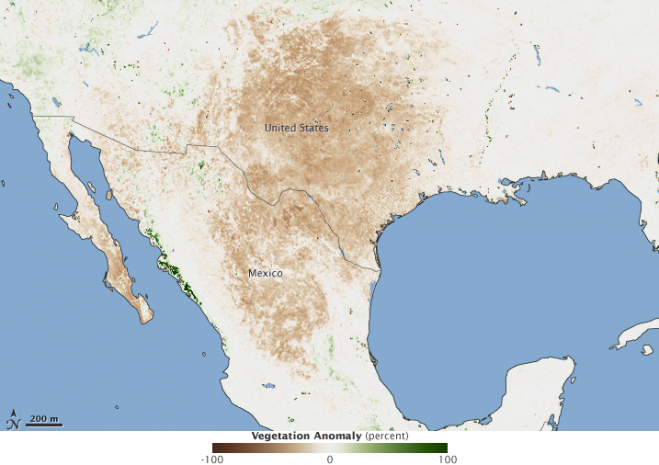 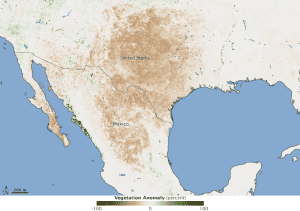 Areas in which plants grew more than average are green. Areas where plants grew less are brown.

On Jan. 17, the Mexican government announced it was distributing food to particularly hard-hit indigenous Tarahumara communities in northern Mexico’s Chihuahua state. This image shows vegetation growth between July and September, the heart of the growing season.

Areas in which plants grew more than average are green, and areas where plants grew less are brown. Drought clearly slowed plant growth in both the United States and Mexico. The drought is the worst in northern Mexico in 71 years, according to the Mexican government.