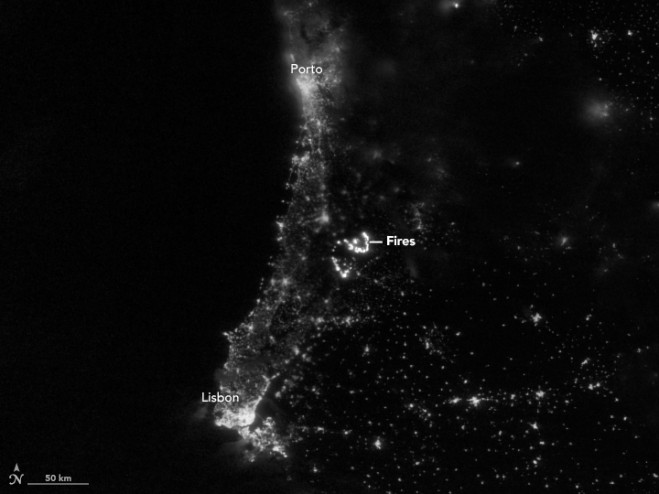 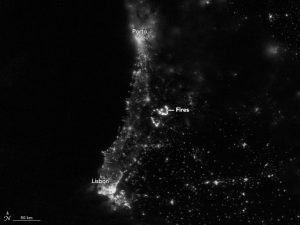 On June 17, 2017, lightning reportedly ignited a deadly wildfire that spread across the mountainous areas of Pedrógão Grande—a municipality in central Portugal located about 160 kilometers northeast of Lisbon. The Moderate Resolution Imaging Spectroradiometer (MODIS) on NASA’s Terra satellite captured a daytime image of smoke billowing northward from areas of active burning. The following night, the blaze continued to burn so bright that it was visible from space.

The fire was imaged by a special “day-night band” that detects light in a range of wavelengths from green to near-infrared and uses light intensification to detect dim signals.

Fires across Portugal’s forested landscape during the warm, dry summer months are not uncommon. In 2016, hundreds of fires raged on the mainland and also on the Portuguese island of Madeira. The high death toll associated with this week’s fire (currently more than 60), however, led The New York Times and other media to report it as “Portugal’s worst forest fire in more than half a century.”