November 12, 2013
Why Have Colorado Wildfires Become So Destructive? 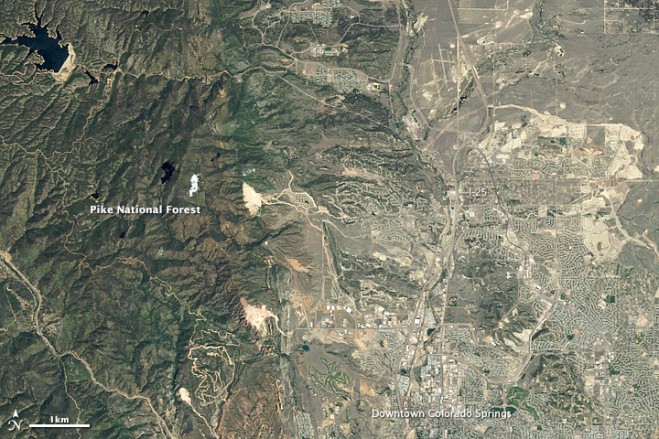 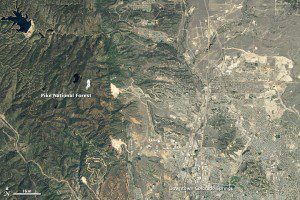 In recent decades, more Coloradans have moved into the wildland-urban interface (WUI), a wildfire-prone zone where wilderness and civilization meet.

Colorado’s El Paso County, for instance, is booming. In 1980, there were about 310,000 people living in the central Colorado county; by 2010, the population had doubled, making it the most populous county in the state. 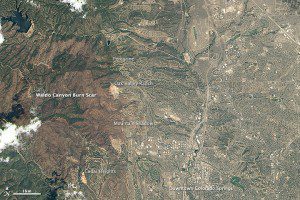 The Waldo Canyon fire burn scar is visible in this 2013 Landsat 8 image. Notice the increase in dwellings near the fire area compared with the 1985 image.

Colorado Springs, the county’s largest city, has driven much of the growth. While the fastest development has occurred in the plains east of Interstate 25 and northeast of downtown, plenty of new development also has occurred west of the city.

Communities northwest of Colorado Springs and adjacent to Pike National Forest, in particular, have crept west and grown denser since the 1980s, bringing more homes, roads and people into an area that faces the most severe wildfire threat. About one-quarter of Colorado Springs residents now live within the WUI. Most of the subdivisions within the WUI were built after the 1980s.