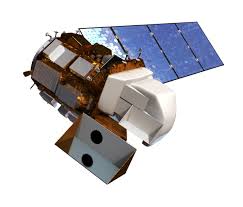 Landsat 8 is a joint initiative between the U.S. Geological Survey and NASA. The satellite represents the world’s longest continuously acquired collection of space-based moderate-resolution Earth-observation data.

The White House released a new plan to better coordinate how the government conducts, manages and maintains its Earth-observing scientific systems. Earth-observing systems—everything from weather satellites to agricultural and geological survey spacecraft—annually add up to $30 billion to the U.S. economy.

The goal of the National Plan for Civil Earth Observations, which was released July 18, 2014, by the Office of Science and Technology Policy, is to help the government “maintain and advance its Earth-observing systems in ways that help protect life and property, stimulate economic growth, maintain homeland security, and advance scientific research and public understanding.”

Although the plan provides guidance for setting up a portfolio of Earth observation capabilities, agencies can deviate from the plan’s rankings and priorities when necessary for managing specific systems, according to White House officials. The plan also supports President Obama’s Big Earth Data Initiative, which seeks to improve the availability, accessibility and usability of data collected from federal civil Earth observations. Doing so will make information products using this information easier for citizens to find and use, contended the administration.