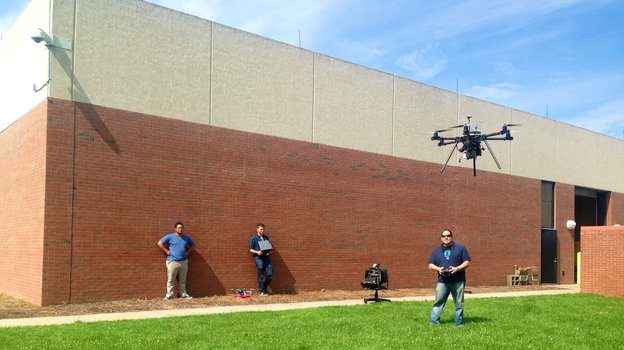 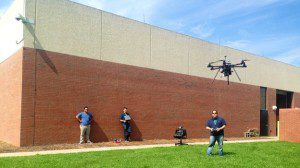 Steve Cohen and his students fly a drone at Bergen Community College in New Jersey. FAA prohibits drones from flying above 400 feet or from being used for commercial gain.

They’re available online and in stores, some for less than $100. But whether and where owners are allowed to fly those drones falls into a legal gray area.

In an open field at Bergen Community College in New Jersey, students fly drones they built in class. One model looks like a beach-ball-sized spider. It has six arms and can shoot hundreds of feet into the air within a second. Students mounted a camera to the drone and programmed it to take pictures every few seconds. They’re using the drone to create a 3-D map of the campus.

Federal Aviation Administration (FAA) regulations say drones shouldn’t be flown above 400 feet. Higher than that, drones start to interfere with the national airspace. They can’t be flown within a few miles of an airport, and they can be used only for fun, not for commercial purposes.

New York Police Department spokesperson Brendan Ryan says individuals could potentially be charged with reckless endangerment in New York City if, for example, an individual with a camera flies a drone into a stadium. But an FAA spokesman also says big, congested cities like New York are completely off limits to drones. Unmanned aircraft aren’t authorized to fly in what it calls Class B airspace.