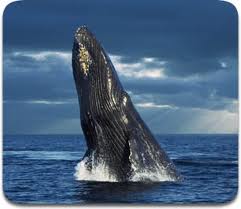 Insitu Pacific’s whale-watching mission showed that a UAS can be a cost-effective, capable alternative to manned assets for surveying marine mammals.

Insitu Pacific, the Australia-based subsidiary of Insitu Inc., announced it has concluded the second phase of a landmark trial conducted in partnership with Murdoch University that aims to determine if unmanned aircraft systems (UASs) are a cost-effective, capable alternative to manned assets for surveying marine mammals.

“Flying for a long time, at a low altitude, well off the coast is a high-risk mission for a manned aircraft,” says Insitu Pacific Managing Director Andrew Duggan. “Unmanned systems offer an alternative. ScanEagle is not only safer than manned aircraft for monitoring mammals, it is also environmentally friendlier. Fuel consumption is an order of magnitude less than manned aircraft.”

ScanEagle can fly for more than 24 hours at a time on less than five quarts of fuel. Ideal for operation in remote locations, the runway-independent ScanEagle aircraft was launched, controlled and retrieved from North Stradbroke Island, off the coast of Queensland, Australia. A high-resolution digital still camera was fitted alongside a typical ScanEagle electro-optic payload. Previous field trials in October 2010 were conducted in Western Australia.

Because a UAS offers a safe alternative to manned flight for high-risk missions like this, Insitu Pacific expects to see UASs used more frequently for purposes like this in the future.