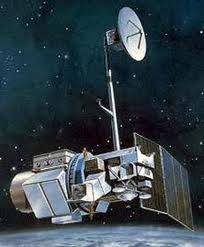 “The challenge of attempting to recover operations of malfunctioning, three-decade-old components in an unmanned satellite orbiting more than 400 miles above Earth is daunting to say the least,” said USGS Director Marcia McNutt. “Regardless of whether any additional data is collected, Landsat 5 has already exceeded all expectations for longevity.”

Should no significant improvement in transmitting TM data be realized, a limited amount of transmission life would remain. In that case, TM imaging will be prioritized to collect growing season imagery over the Northern Hemisphere.

Meanwhile, USGS is researching the prospect of recovering the secondary imaging instrument on Landsat 5, the Multispectral Scanner (MSS), which was turned off many years ago. TheMSSinstrument collects imagery in four spectral bands at 79-meter resolution and uses a different data transmission scheme than the TM instrument.MSSdata would provide some data continuity in the event TM data could no longer be transmitted. However, the current condition of the instrument is unknown, and the reception and ground processing capabilities for its data would have to be reconstituted.

As it approaches the 28th anniversary of its launch, Landsat 5 is in a safe state while USGS does everything it can to restore imaging operations. Should neither the restoration of TM data transmissions nor the revival of theMSSinstrument succeed, USGS will proceed to decommission the satellite. The FOT is now developing the procedures required to turn off all systems and safely lower the orbit of Landsat 5, should this step prove necessary.

The USGS-operated Landsat 7 remains in orbit collecting global imagery. Since its launch in 1999 with a 5-year design life, Landsat 7 has experienced an instrument anomaly that reduces the amount of data collected per image. Landsat 8, currently called the Landsat Data Continuity Mission, is scheduled to be launched in January 2013.