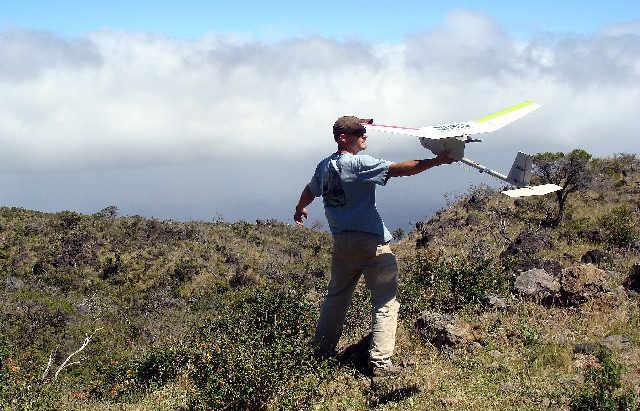 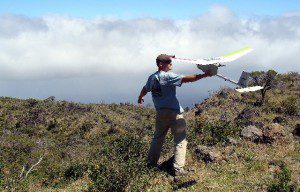 Todd Preston launches a drone during a USGS project at Haleakala National Park on the island of Maui in Hawaii in May 2012. The federal agency plans to conduct its first drone mission in Nevada later this year, counting bighorn sheep and deer in the mountains north of Las Vegas.

What used to require a helicopter and thousands of dollars worth of fuel can now be done with some fresh batteries and what looks like an elaborate toy plane no bigger than a turkey vulture.

Mike Hutt, who heads the USGS National Unmanned Aircraft Systems Project Office in Denver, says there has been a “groundswell” of Department of Interior drone use in recent years, as cash-strapped field offices look for ways to do more work with less money.

In coming months, USGS also plans to use unmanned aircraft to track eagles and trumpeter swans in Idaho and Washington state, spot invasive plants at Utah’s Zion National Park and search the Oregon coast for debris from the 2011 tsunami that struck Japan.

Hutt says that his agency got its first military-surplus drone in 2009 and flew its first real mission in 2011. His office now has about a dozen missions under its belt, with at least nine more planned later this year.

Learn more about USGS drones in USGS Takes to the Sky.