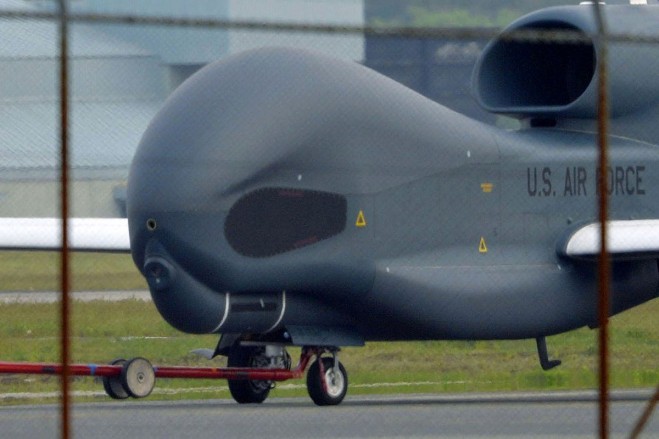 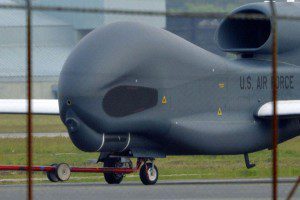 A U.S. Global Hawk surveillance drone sits at the tarmac after arriving at the Misawa Air Base in Misawa, northern Japan, on May 24, 2014.

The U.S. Air Force’s deployment of drones to a key U.S. ally is intended to demonstrate Washington’s commitment to security in Asia as part of the rebalancing of its Pacific forces.

The unarmed Global Hawk aircraft were deployed to Japan in late May 2014 from their home base on the Pacific island of Guam. They are expected to enhance the U.S. military’s ability to monitor nuclear activities in North Korea and Chinese naval operations, and to assess natural disasters to assist humanitarian aid operations. The repositioning of the drones likely will rankle with China and North Korea, which have been working to improve their own unmanned aircraft fleets.