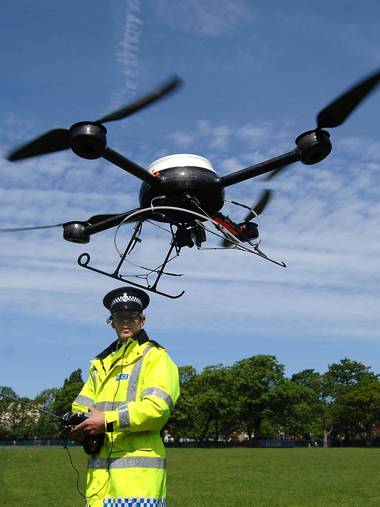 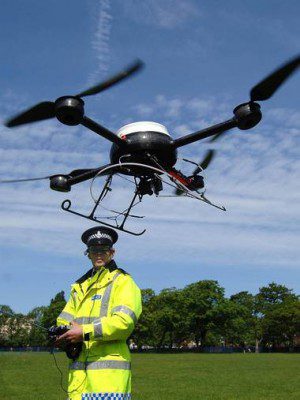 London’s Metropolitan Police has taken part in discussions with the Civil Aviation Authority over whether they can use small radio-controlled unmanned aircraft in heavily built-up areas as part of efforts to increase their number of “eyes in the sky” during the 2012 Olympics.

Next year’s Olympics will be the largest security operation the Met has ever had to run, as tens of housands of athletes and millions of spectators flock to the games in Stratford.

The force’s Air Support Unit already has three Eurocopter EC145 helicopters based at Lippitts Hill in Loughton, Essex. The aircraft are fitted with an array of high definition cameras and thermal imaging equipment, but officers believe small drones will give them the extra capacity to monitor multiple major events if needed.

The use of surveillance drones by Britain’s police forces has had mixed results. At least four constabularies–Staffordshire, Essex, Merseyside and British Transport Police–are known to have used or trialed drones, which are usually little more than a remote controlled mini-helicopter equipped with cameras. But only one, Staffordshire, still uses one.

A spokesperson for Essex Police told The Independent that its drone has been languishing in a warehouse for much of the year after the force decided it wasn’t worth the money. The British Transport Police conducted a short drone trial but decided not to purchase one.

Merseyside Police used a £13,000 helicopter drone fitted with surveillance cameras for four years. Officers hailed the craft as instrumental in several arrests, but last month it emerged that the helicopter
had suffered a malfunction and landed in the river Mersey.

“Despite the conditions a search of the area was undertaken but unfortunately the unit was not found,” a spokesperson said.  “The force has since received compensation from its insurers to cover the
cost of the vehicle.” It has since decided not to purchase a new unit because of “operational issues including staff training costs and the inability to use the [unmanned aerial vehicle] in all weather conditions.”

Those in charge of running security at the Olympics are reluctant to comment publicly on which extra surveillance devices and defence weapons will be available to them for the event. Last week, Defence
Secretary Philip Hammond suggested in Parliament that surface-to-air missiles could be deployed. It has also been reported that RAF snipers will keep watch over events in Lynx helicopters.

Any police force that wishes to fly a drone in a built-up area needs to seek permission from the Civil Aviation Authority. A spokesperson for the Metropolitan Police said they could “neither confirm
nor deny” the use of drones during the Olympics. But sources said officers had recently held discussions about how the drones could be used without compromising air safety.

A police source with knowledge of aerial surveillance techniques said opinion had largely turned against drones once the go-ahead was given for a National Police Air Service, which will provide helicopters to any
police force that needs them. “Surveillance drones are not very high up on our priority list,” they said. “They tend to be quite pricey and require a huge amount of training.”