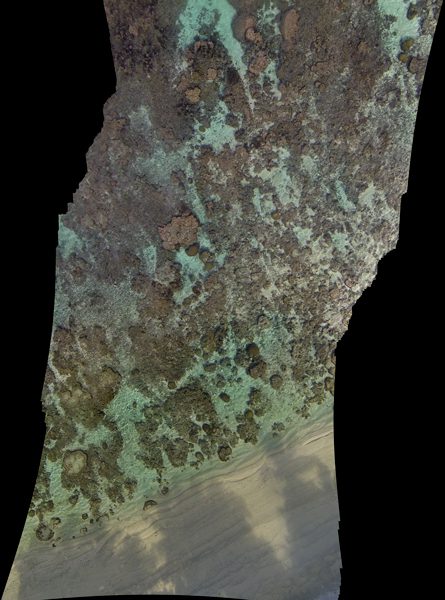 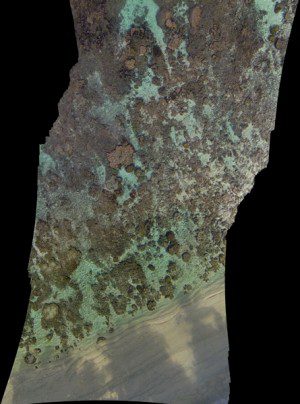 Stanford students used unmanned aircraft to image and map the coral in shallow-water reefs off Ofu Island in American Samoa.

Scientists still know relatively little about the world’s biggest corals, where they are and how long they have lived. The secret to unlocking these mysteries may lie with a shoebox-size flying robot. The robot in question is a four-rotor remote-controlled unmanned aircraft system (UAS) developed by Stanford aeronautics graduate student Ved Chirayath.

The UAS is outfitted with cameras that can film coral reefs from up to 200 feet in the air. Chirayath teamed up with Stanford Woods Institute Senior Fellow Stephen Palumbi to pioneer the use of UAS technology to precisely map, measure and study shallow-water reefs off Ofu Island in American Samoa.

Chirayath, who also works as a scientist at NASA’s Ames Research Center, analyzes the drone’s footage using software he designed. The software removes distortions caused by surface wave movements and enhances resolution. To link the UAS aerial footage to close-up images of corals, Chirayath and his colleagues are photographing reefs from below the water using a 360-degree camera. The result is a centimeter-scale optical aerial map and stunning gigapixel panoramic photographs of coral heads that stitch together thousands of images into one.