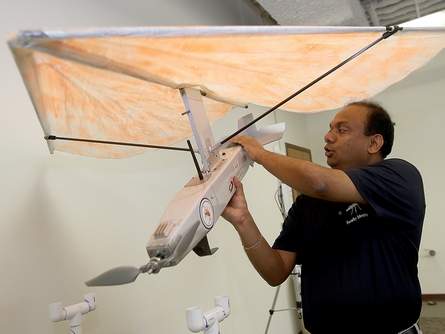 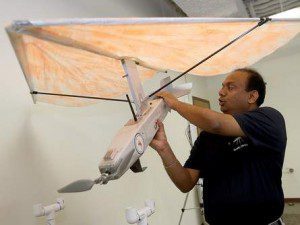 When it comes to surveying and mapping, a Nicholls State University professor is bullish on unmanned aircraft system (UAS) technology carrying a camera and other monitoring equipment.

The university’s Geomatics Department has been using UASs for the last few years, according to Professor Balaji Ramachandran, who heads the department. It’s a simple concept that allows students to survey an expansive area far quicker than they have before.

Ramachandran reports that the school has used battery-powered unmanned aircraft to map the shorelines of barrier islands in the past, and there are future projects in the works. Projects planned to begin in the summer and fall include more barrier island mapping, inspecting offshore oil rigs and monitoring bird habitats.

Ramachandran says using a drone rather than a pilot is safer and cheaper. Under the Federal Aviation Administration’s rules, commercial industries don’t have access to drones, though they will by 2015, according to Charles Easterling, CEO of New Orleans-based Crescent Unmanned Systems. His company has been building unmanned aircraft since 2011 and is working out of the NASA Michoud Assembly Facility. Ramachandran says he plans to buy a Crescent aircraft built like a helicopter to monitor coastal restoration.