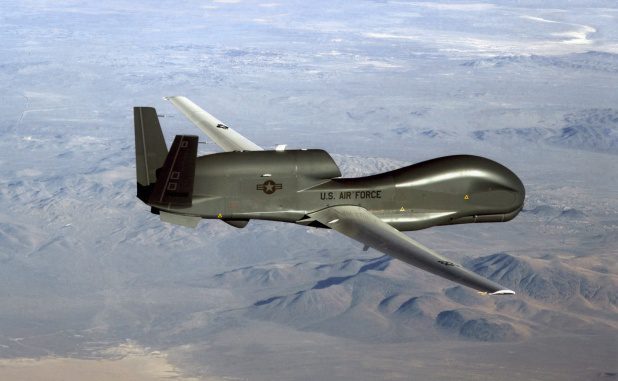 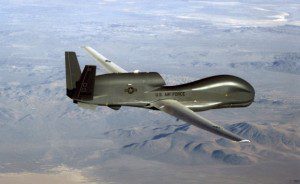 The range of unmanned aircraft includes Global Hawks (shown here) at 30,000 feet and smaller aircraft at a few thousand feet, with weights ranging from 34,000 pounds to one-half pound.

A proven sense-and-avoid system is the biggest challenge for the coming integration of unmanned aircraft into the national airspace system (NAS), according to a panel of experts at Aviation Week’s recent NextGen conference.

Commercial and military unmanned aerial vehicles (UAVs) are coming to the NAS as soon as it’s ready to accommodate them. The Federal Aviation Administration (FAA) NextGen air traffic modernization effort, now entering implementation, will be charged with certifying the unmanned aircraft and making the new rules to handle the proliferation.

Panelists during the April 23 discussion outlined the current status and challenges, both rule-making and technological, on the way to the goal: routine integration of UAVs in the NAS. FAA has funding now for six test sites; selection will come later this year.