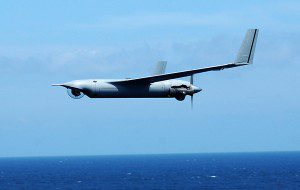 During the exercise, Insitu and ING UAS operators launched and retrieved the aircraft. Handing control over to the Canadian forces, the operators stood by to provide technical assistance as needed.

Designed by Insitu, a subsidiary of The Boeing Company, ScanEagle’s modularity allows for rapid technology upgrades, like the 2010 introduction of a daylight-quality mid-wave infrared imager payload, and the soon-to-be-released electronically fuel-injected heavy fuel engine that will improve reliability in extreme environments like the Arctic. Modularity also allows for rapid system reconfiguration, like adding another network node to beat line-of-sight challenges.