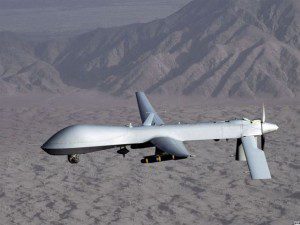 A State Department RFP calls for contractors to supply a variety of unmanned aircraft, such as the General Atomics predator, which can fly as high as 18,000 feet and has a range of 250 miles.

The State Department wants to acquire its own fleet of unmanned aerial vehicles to help protect diplomats posted to Iraq and other dangerous countries. In March, the department issued a request for proposals (RFP) for contractors to provide the aircraft, crew and support on a turnkey basis. The State Department already operates unmanned aerial vehicles (UAVs) over Iraq to help provide protection for the 2,000 diplomats and 14,000 contractors at the $750 million 440,000-square-foot embassy, The New York Times reported in January.

The procurement released last month marks the start of a project to provide the department with UAV assets that could be deployed anywhere in the world. The State Department didn't say how many aircraft it eventually planned to deploy. In its 2011 annual report, the department's Diplomatic Security Bureau said it tested UAVs in December 2010 in cooperation with the Defense Department and planned to deploy them to Iraq in 2011.

The UAV program's mission is to provide real-time air surveillance of fixed installations and the ground routes that diplomats travel “thereby improving security in high-threat environments,” according to the State Department's performance work statement. The department noted the UAVs will help identify operational problems and potential threats.