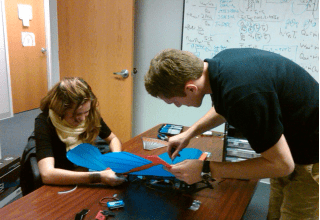 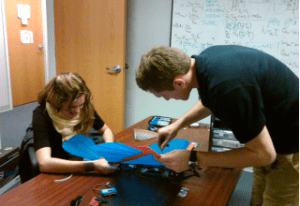 Students at the University of Maryland’s Morpheus Laboratory work on Neo, a prototype unmanned aircraft wing design. The laboratory is part of the university’s Department of Aerospace Engineering within the A. James Clark School of Engineering.

Governors of Maryland, New Jersey and Virginia are supporting efforts by three universities in their respective states to partner on a Federal Aviation Administration (FAA) drone test site.

With the University of Maryland, College Park, taking the lead, Maryland applied to be selected by the FAA as one of six test sites for UASs. New Jersey and Virginia submitted a joint application as the Mid-Atlantic Aviation Partnership under Virginia Tech.

The three universities subsequently determined that the region’s competitive position is significantly enhanced as a multistate entity that leverages the competitive strengths of each state. The universities have agreed to work as a united Joint Test Team if either or both teams are selected by the FAA as a test site. Fifty applications across 37 states were submitted to the FAA through May 6, 2013, and 25 applicants remain. A decision is due Dec. 31, 2013.