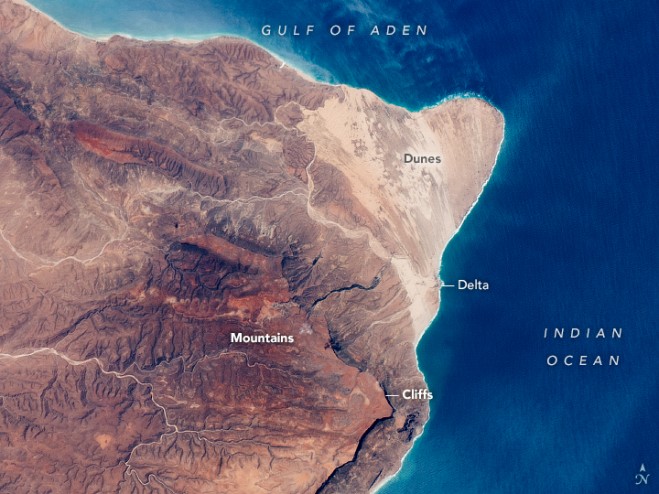 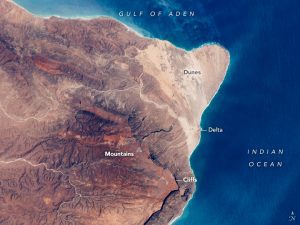 An astronaut aboard the International Space Station (ISS) shot this photograph of the Horn of Africa, the easternmost portion of the continent. Raas Caseyr, historically known as Cape Guardafui, lies at the junction between the Gulf of Aden and the Indian Ocean. The coastline is rugged, with mountains, dry river beds, a small delta, and steep cliffs that cast shadows on the landscape.

This arid region is an extension of the Saharan and Arabian deserts. Strong southerly winds are common from May to October during the southwest monsoon season (when this image was taken). The winds transport sand across the cape and create a series of dunes. Sand is then transported into the Gulf as streamers that contrast with the darker sea surface.