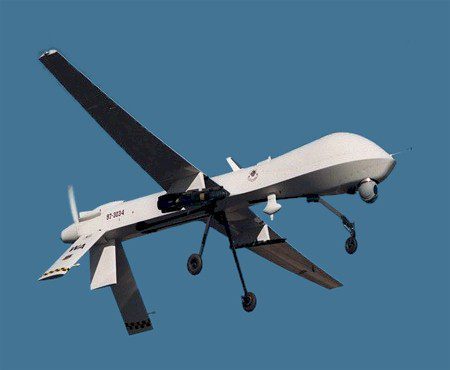 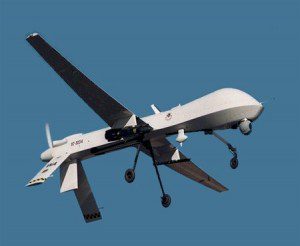 The Predator UAV is equipped with an electro-optical/infrared sensor system.

The Predator UAV is equipped with an electro-optical/infrared sensor system that vastly improves the operational effectiveness in customs and border protection missions with synthetic aperture radar suitable for flights in darkness and inclement weather. By the end of 2011, the next UAV will be stationed at the Corpus Christi Naval Air Station alongside the Guardian UAV, which began service including maritime missions earlier this year.

“That will give us six aircraft on the Southwest border and because of the ops concept and the way we fly them on any given day there could be three or more aircraft in Texas. And they’re routinely now flying nightly not only in the Rio Grande Valley but up through Laredo and up to El Paso,” testified Maj. Gen. Michael Kostelnik, who oversees U.S. Customs and Border Protection’s UAV program, responding to Congressmen Michael McCaul (R-Austin) and Henry Cuellar (D-Laredo) during Tuesday’s Homeland Security subcommittee hearing.

McCaul and Cuellar have lead bipartisan efforts to increase the use of technology to secure the U.S.-Mexico border. In a letter to Homeland Security Secretary Janet Napolitano in April, they requested that DHS increase UAV coverage in Texas.

“Technology is part of the long-term solution to securing the border. An additional UAV in Texas will provide both federal and state law enforcement more of the surveillance capabilities they desperately require to get the upper hand on drugs and human trafficking coming north and the guns and cash that fund and arm the drug cartels going south,” McCaul said. “The addition will further allow CBP to receive precise, real time surveillance, allowing the deployment of fewer agents in a specific area, while retaining the ability to deter intrusions.”

Presently, of the four UAVs located on the southern border, three are stationed in Arizona while one, which is classified as a maritime unit, is based in Texas. The Texas UAV, the Guardian, is assigned to the Corpus Christi Naval Air Station to uniquely perform surveillance of both the border region and Gulf of Mexico. Texas, however, shares 1,254 miles of border with Mexico compared with Arizona’s 370- mile boundary.