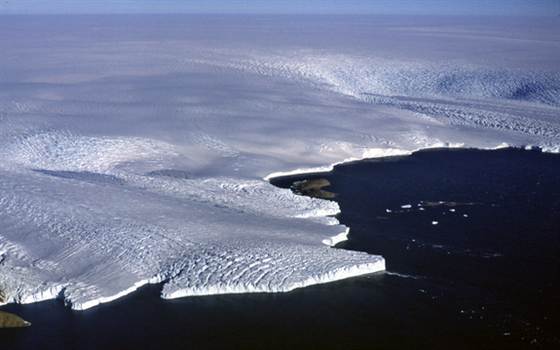 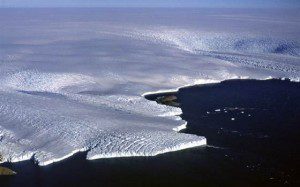 The East Antarctic outlet glacier, Wilkes Land, was one of the glaciers examined by researchers with declassified spy satellite imagery.

Declassified spy satellite imagery of Antarctica dating back to the 1960s has revealed that the world’s largest ice sheet may be more susceptible to climate change than once thought.

Researchers from Durham University in the United Kingdom have used declassified spy satellite imagery, covering the years from 1963 to 2012, to study changes in the outer margin of the East Antarctic ice sheet. The researchers compared these patterns with climate data from the region and found that periods of expansion and retreat of the ice sheet’s glaciers, essentially rivers of ice, appear to correspond with periods of warming and cooling in the atmosphere within the past 50 years.

Additionally, archaeologists from the United Kingdom have uncovered Roman fortifications from the second century AD in Romania using declassified spy photography. Calling it “the lost Roman Eastern frontier,” researchers from the universities of Glasgow and Exeter identified a long wall that ran 60 kilometers from the Danube to the Black Sea.

Although parts of the wall were previously known about, they were wrongly thought to date to the Byzantine or Early medieval period. The archaeologists, however, said the wall—known locally as Trajan’s Rampart—was built in the mid-second century AD and once stood 8.5 meters wide and more than 3.5 meters high, and included at least 32 forts and 31 smaller fortlets along its course.

Read the full story about Antarctica.

Read the full story about the lost Roman wall in Romania.